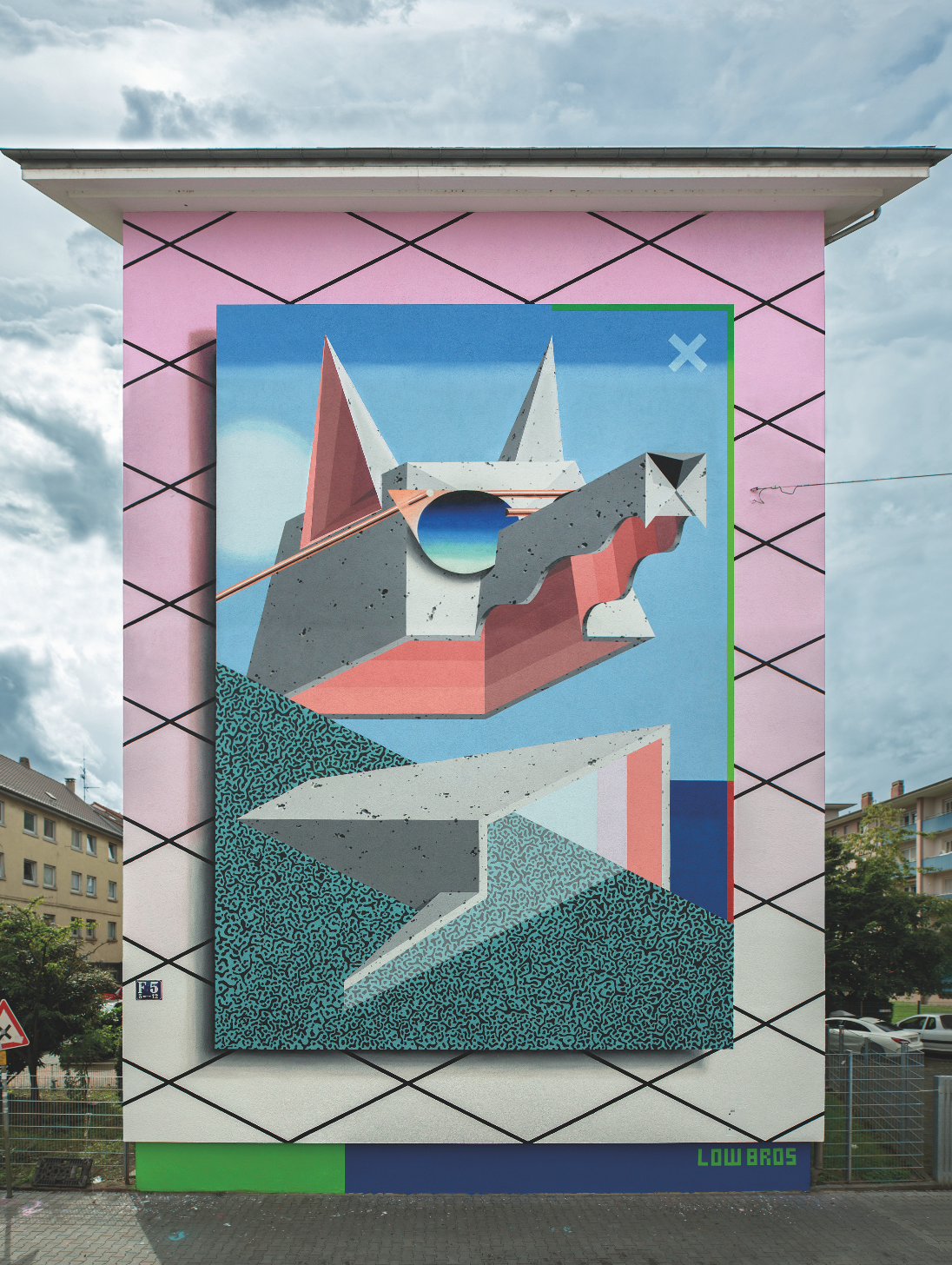 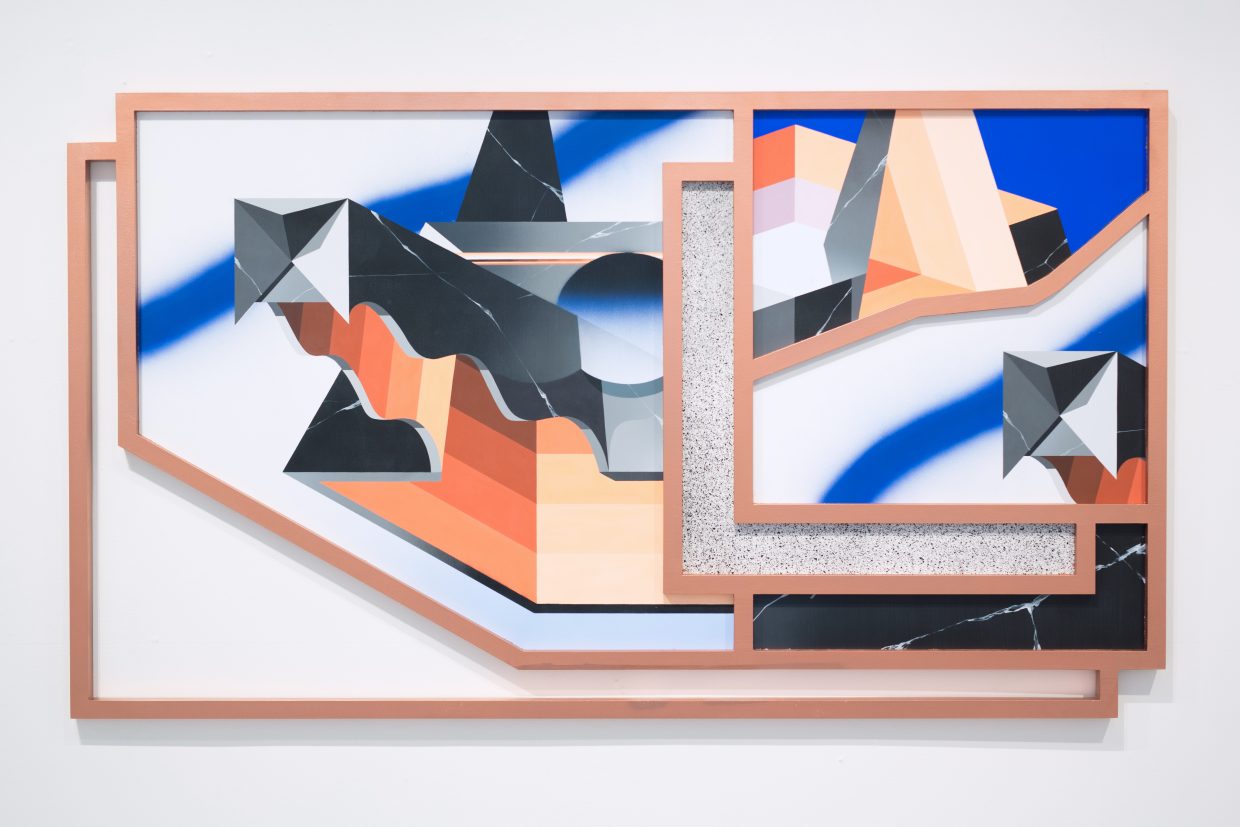 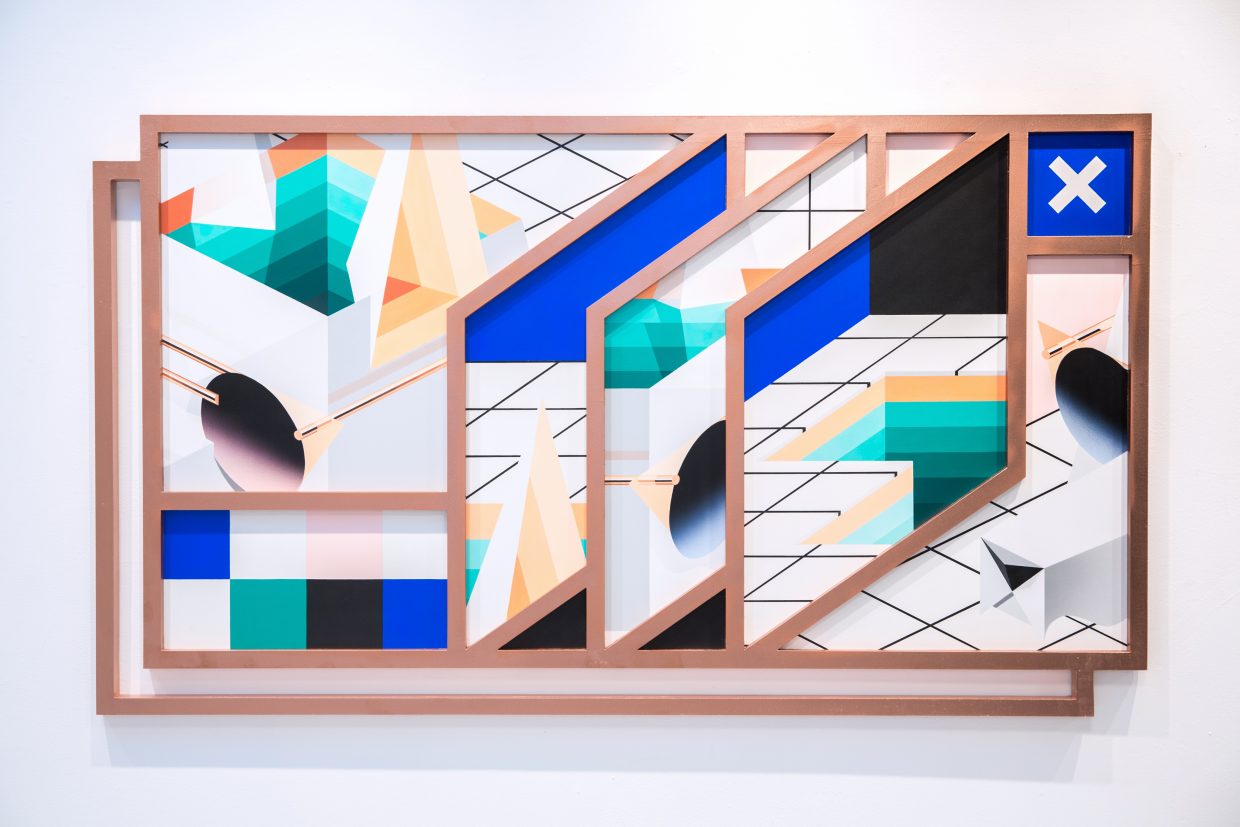 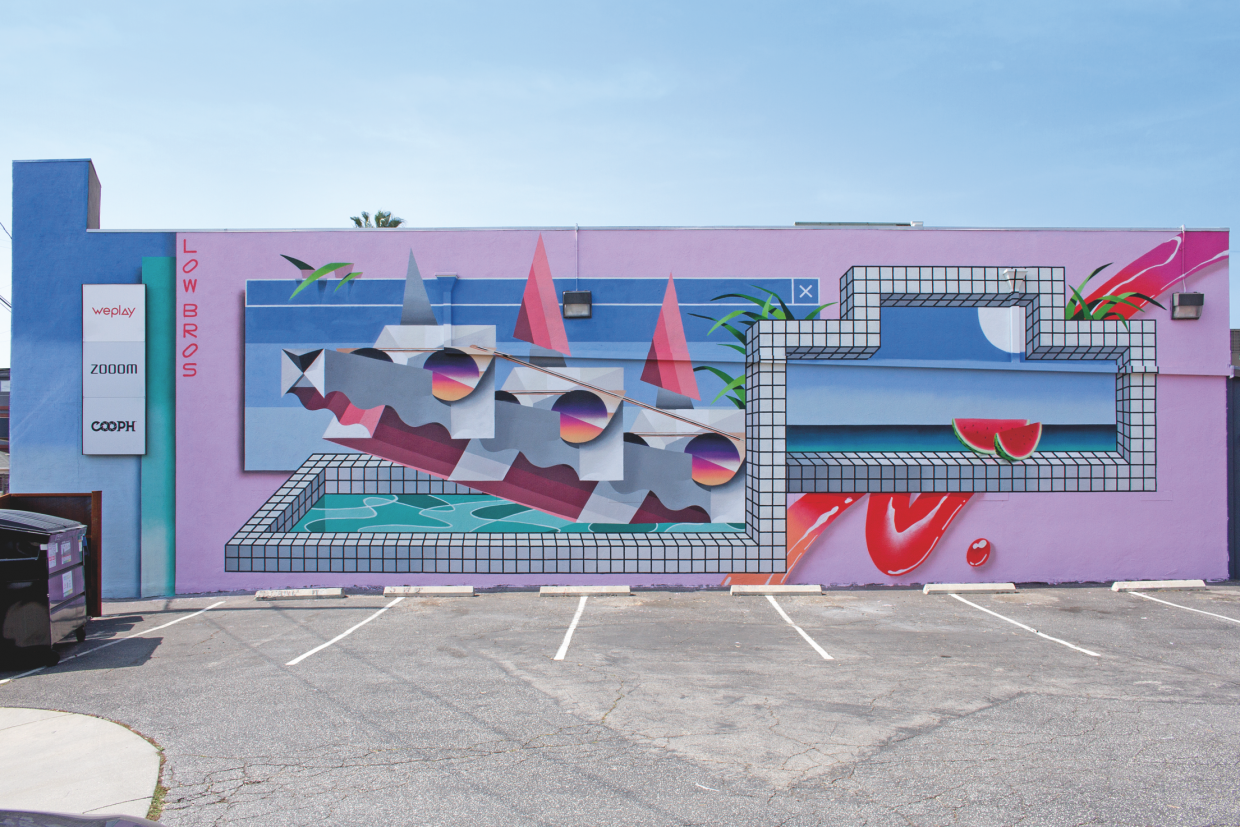 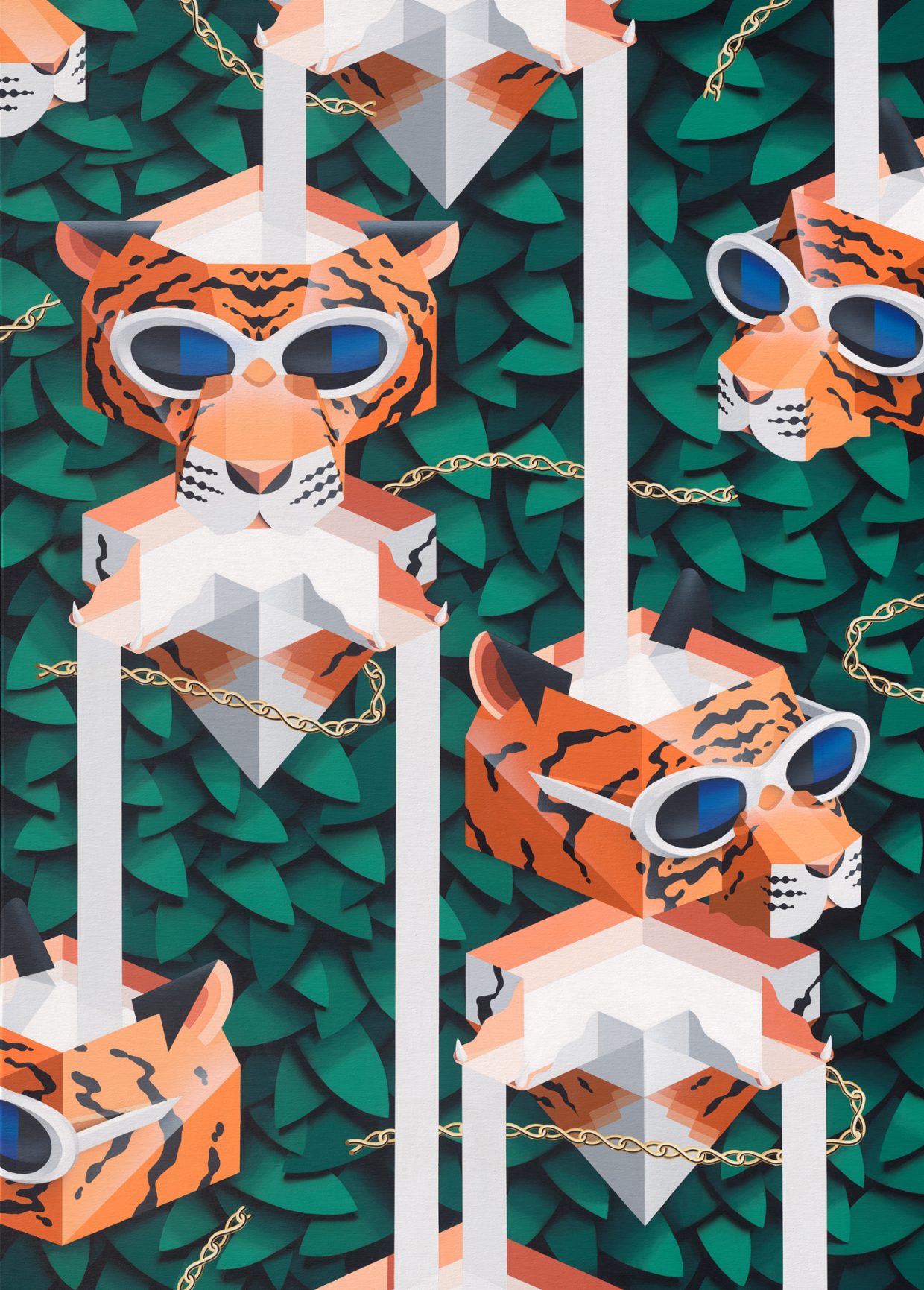 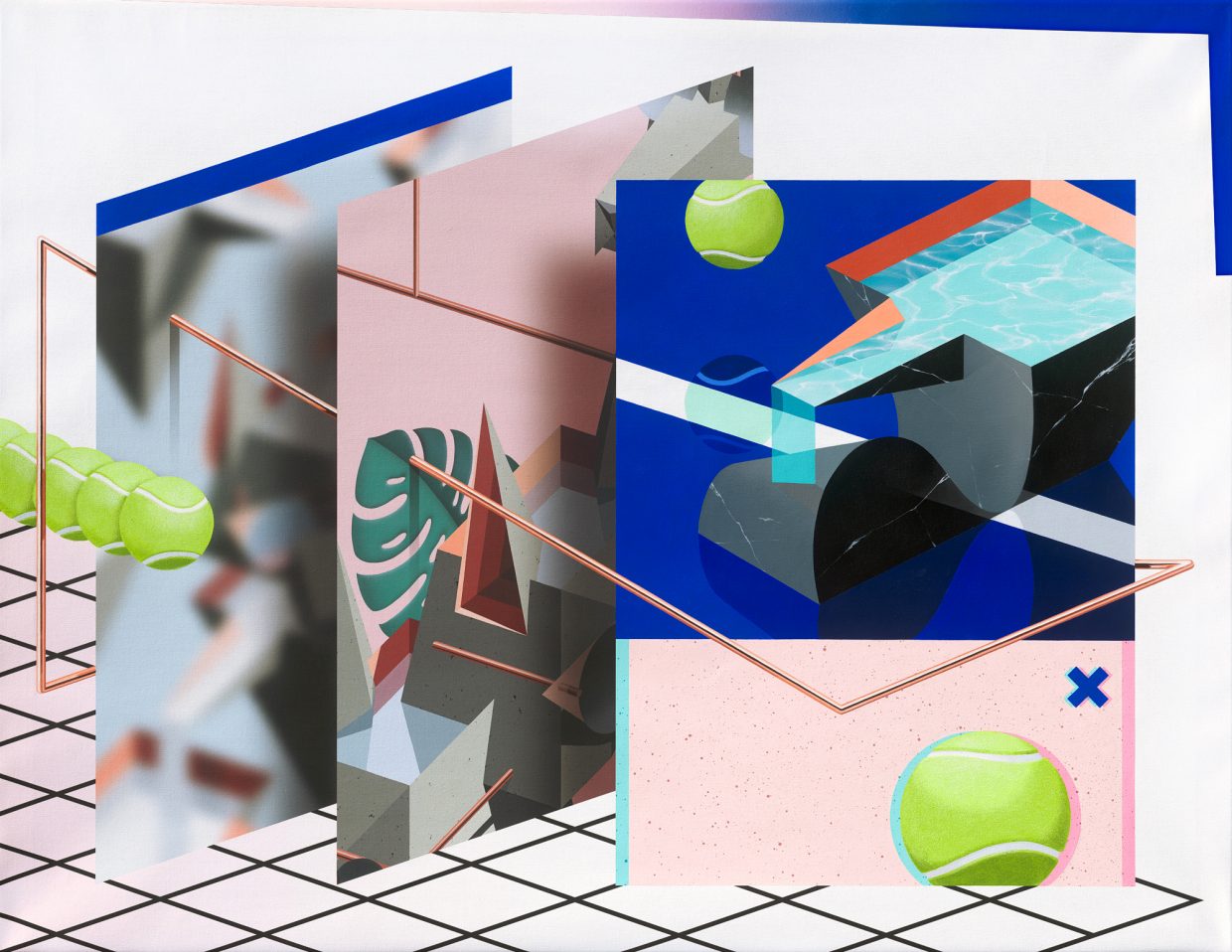 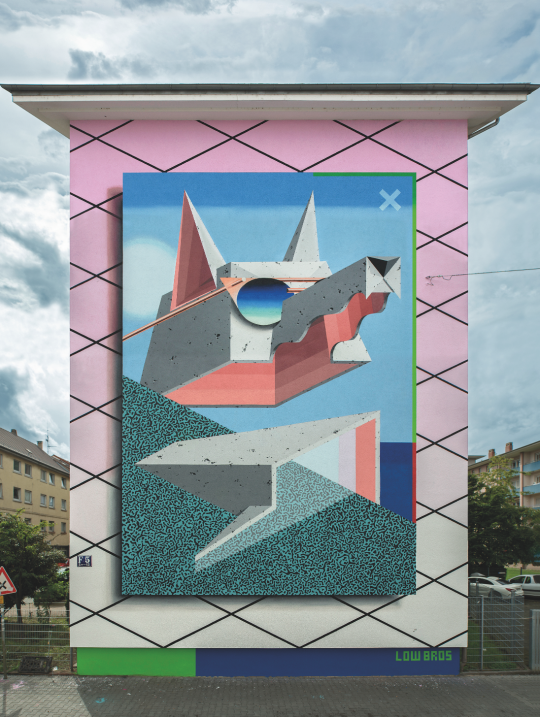 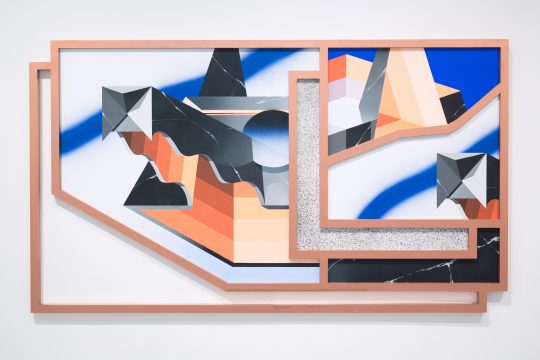 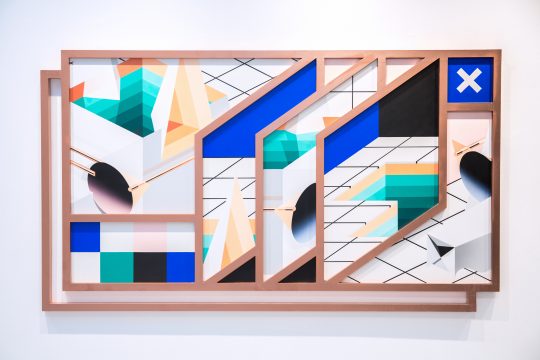 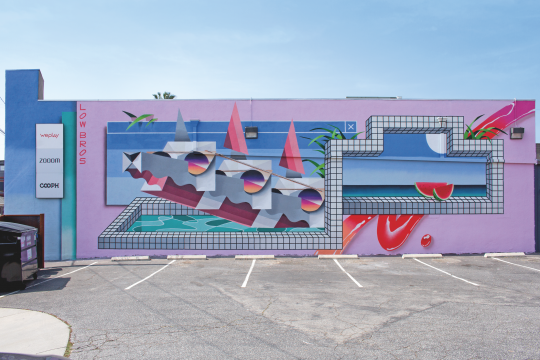 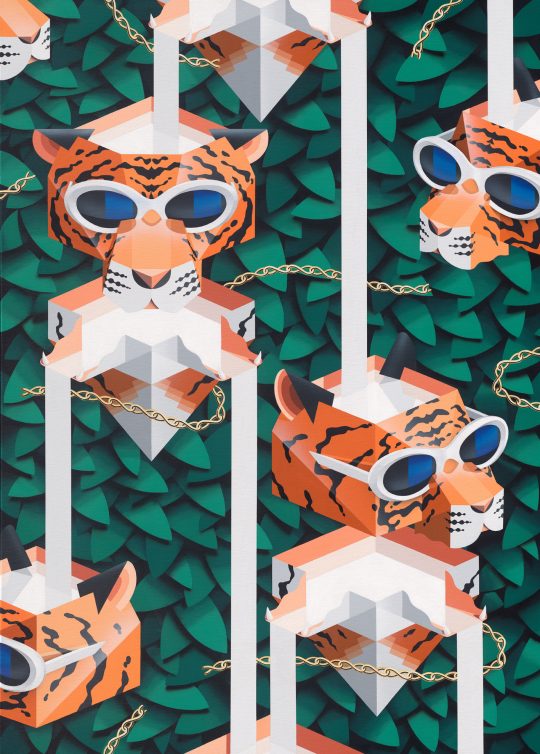 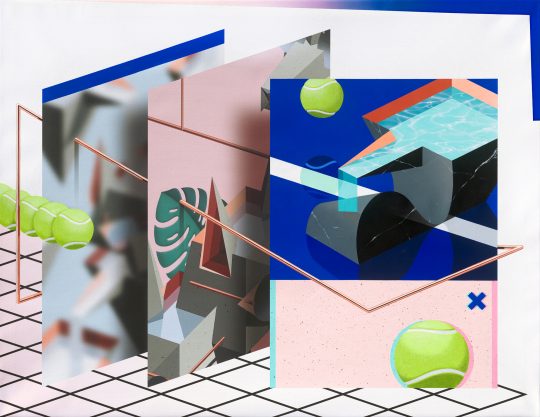 The Low Bros are a German post-graffiti artist duo consisting of the brothers Christoph (1984) and Florin Schmidt (1982). With a background in street culture and an interest in contemporary developments, they explore a self-influenced 'retro-futuristic' atmosphere. Drawing on their collective memory of the 1980s and 1990s, the Low Bros create a perspective to redesign the present future; a perception that refocuses the conflicts they embody in modernity. Their work includes several recurring figures constructed of bold geometric shapes between copper wires, a symbolic means of our modern connection. As the viewer begins to deconstruct these forms, the complexity of their aesthetics is revealed, with each symbol introducing a further layers to be explored. A recurring character is the wolf, which we often see double or broken, its tough exterior in pink, fleshy tones next to soft spots. Smooth shades form emotional and intellectual barriers against oncoming glances. We are the wolf, inside an unrecognizable yet familiar reality. The Low Bros live and work in Berlin and Hamburg, Germany.
Read More...
Show Artworks in Online Shop Low Bros Website Shows with Low Bros Projects with Low Bros 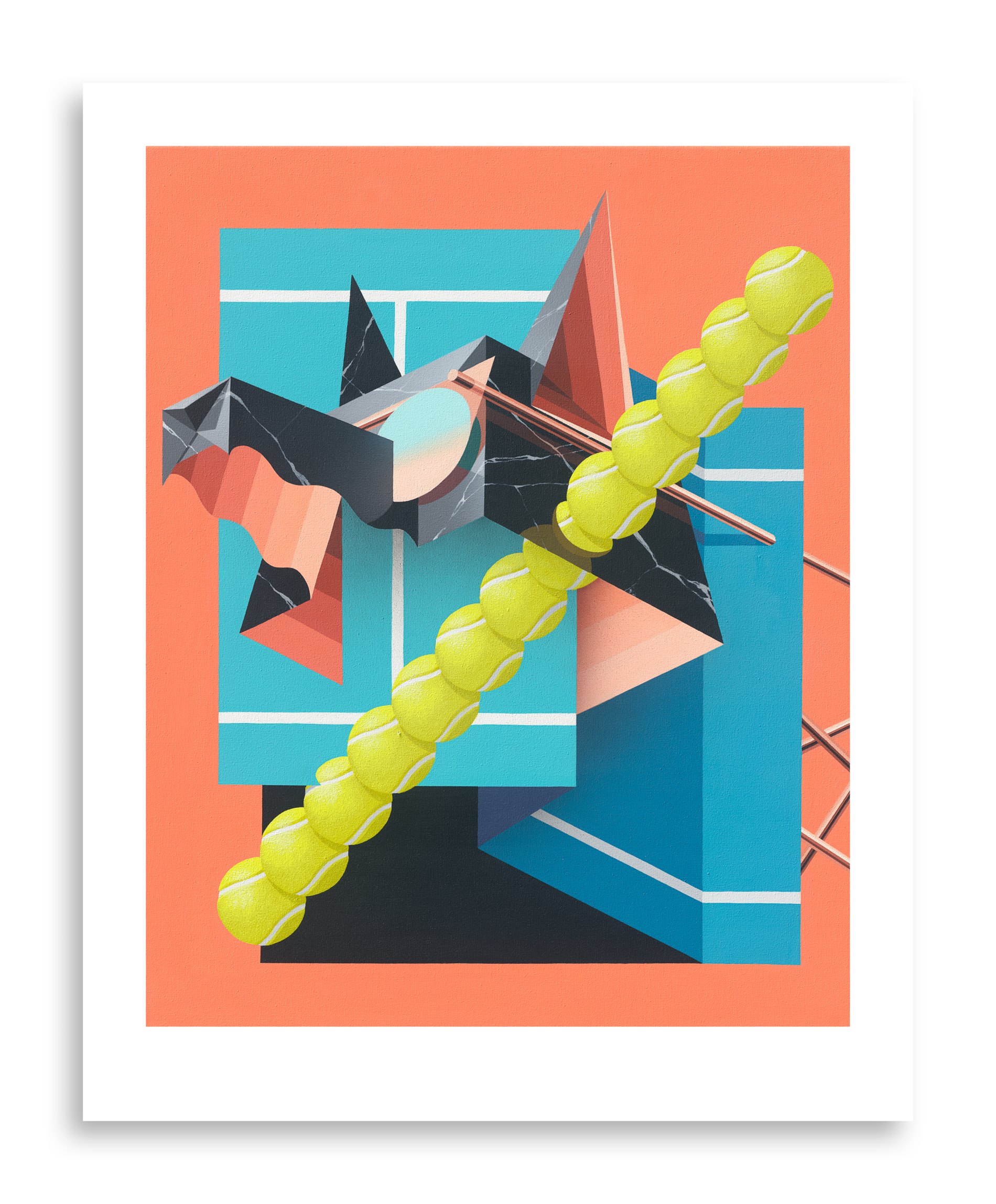 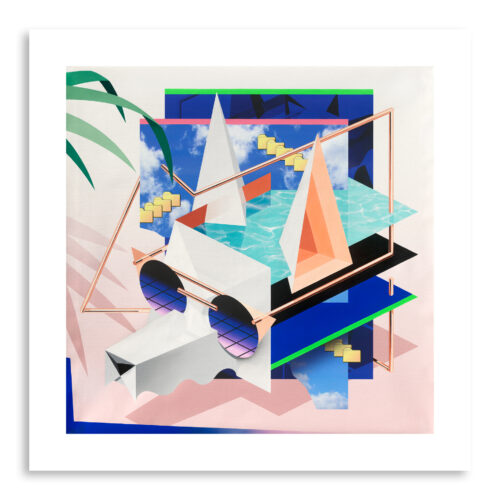 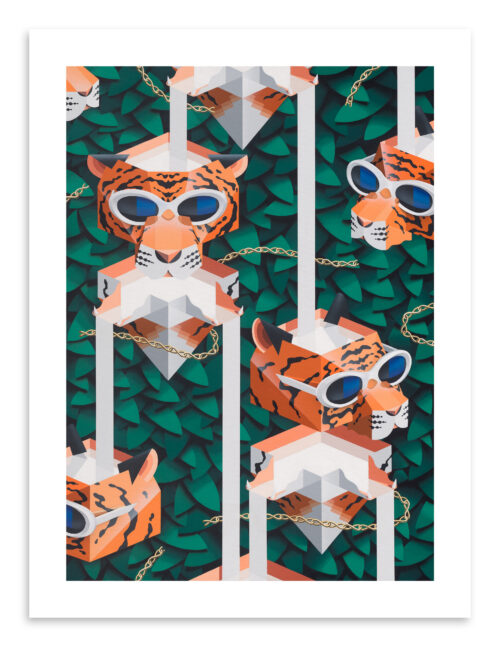 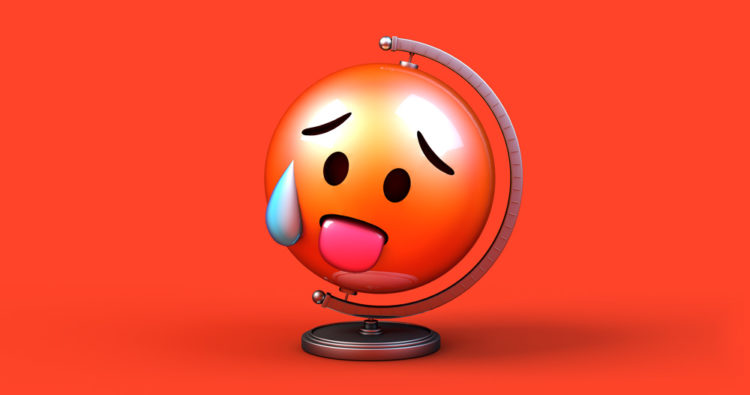 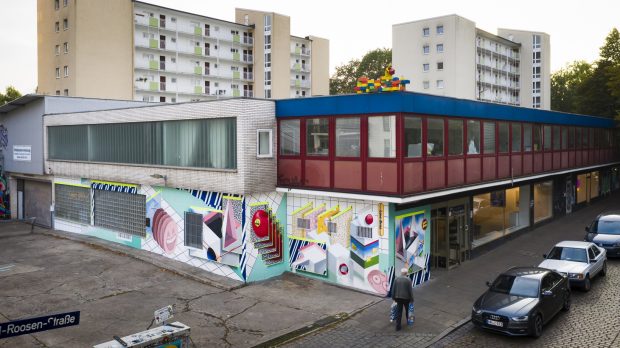 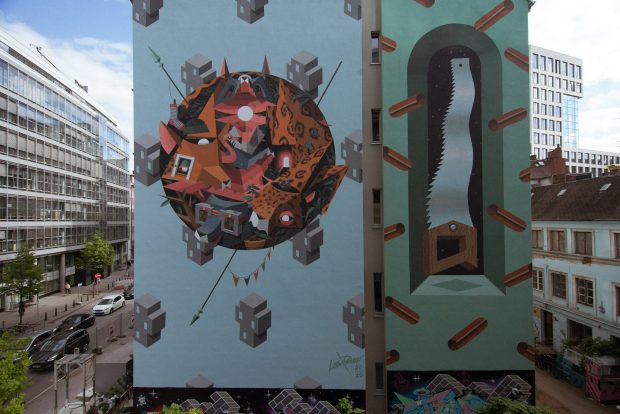