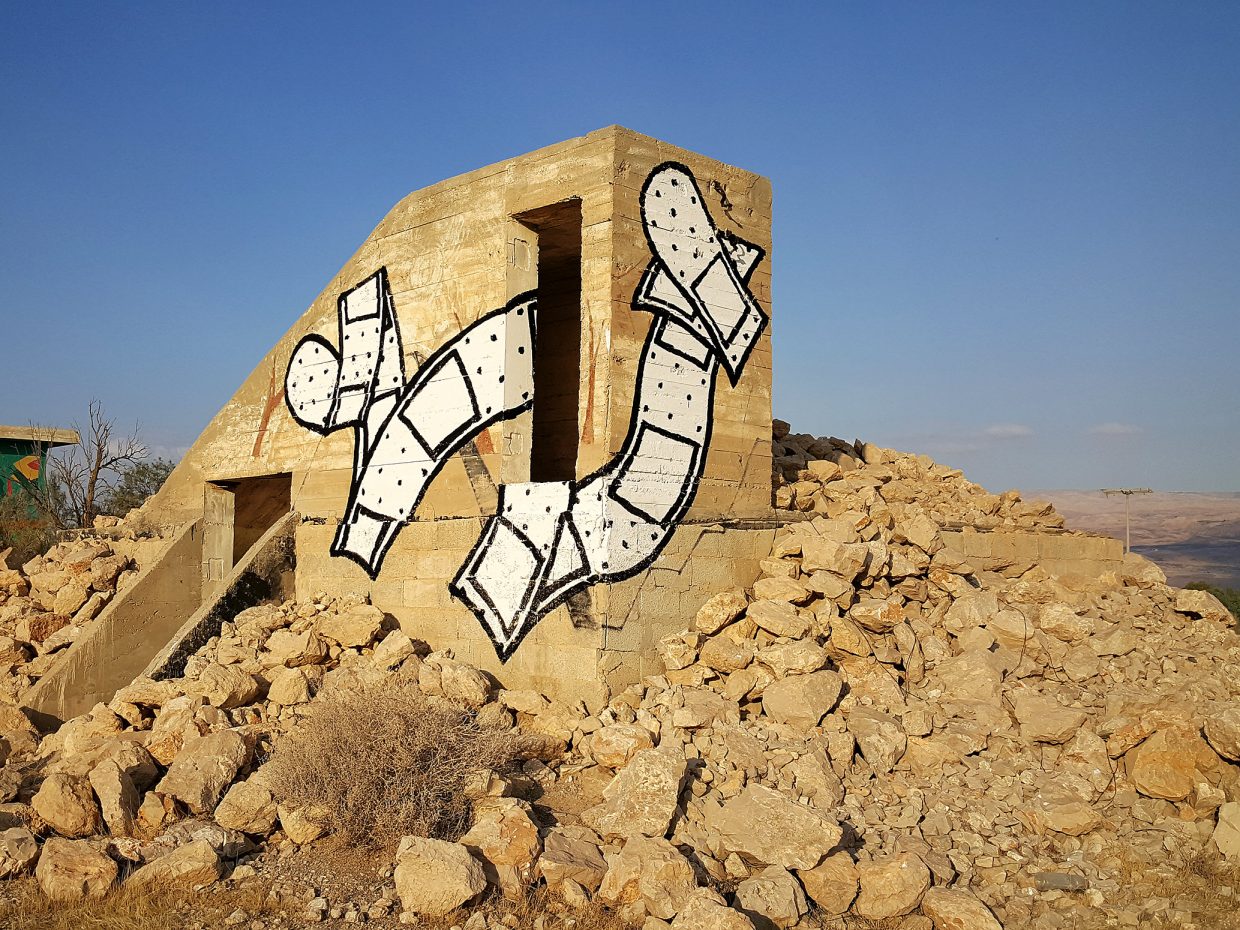 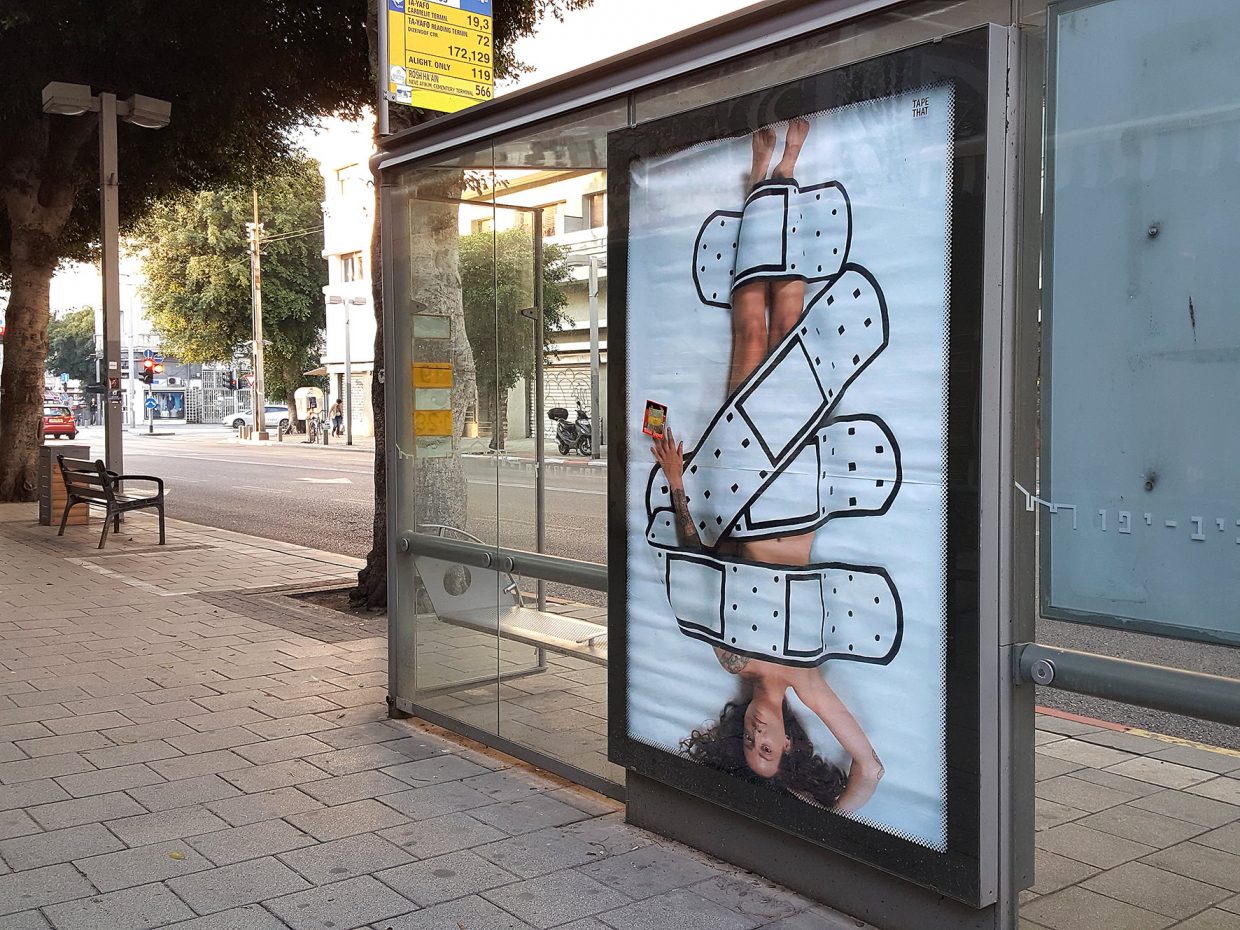 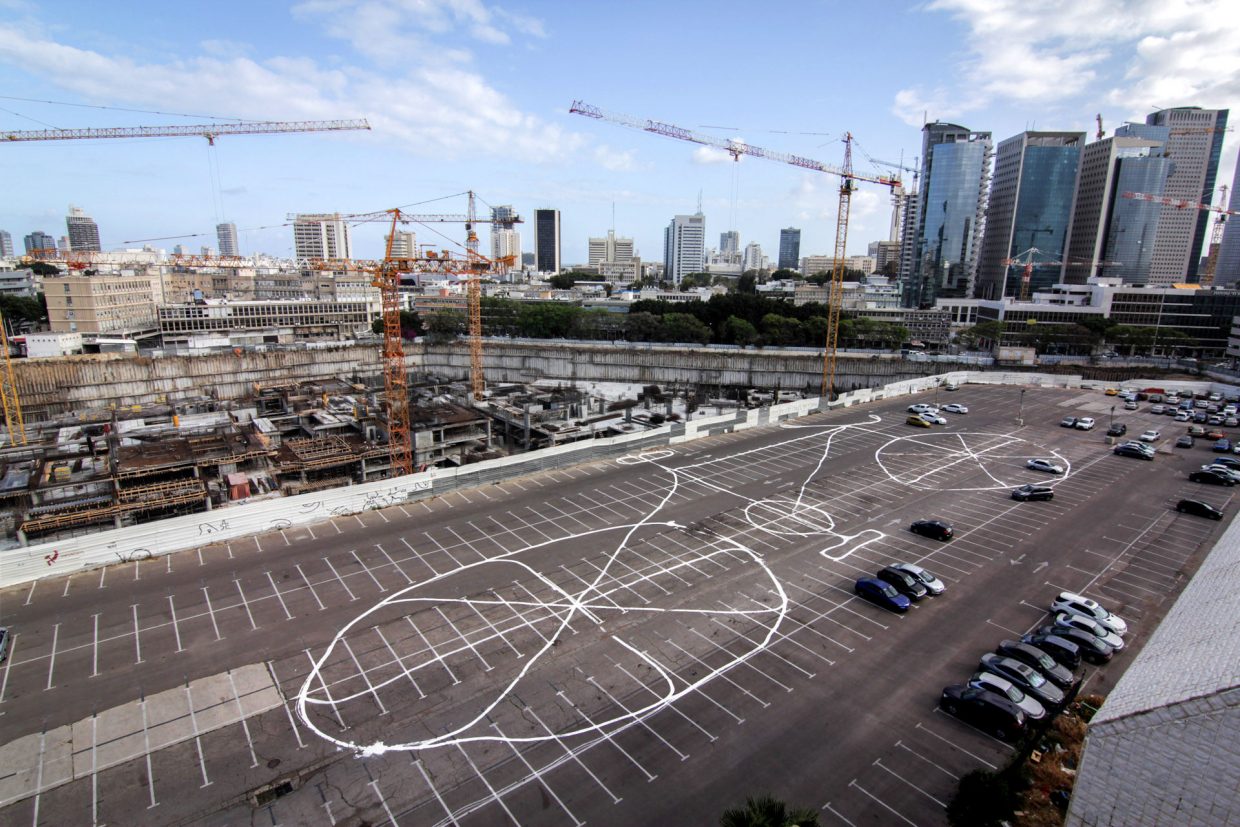 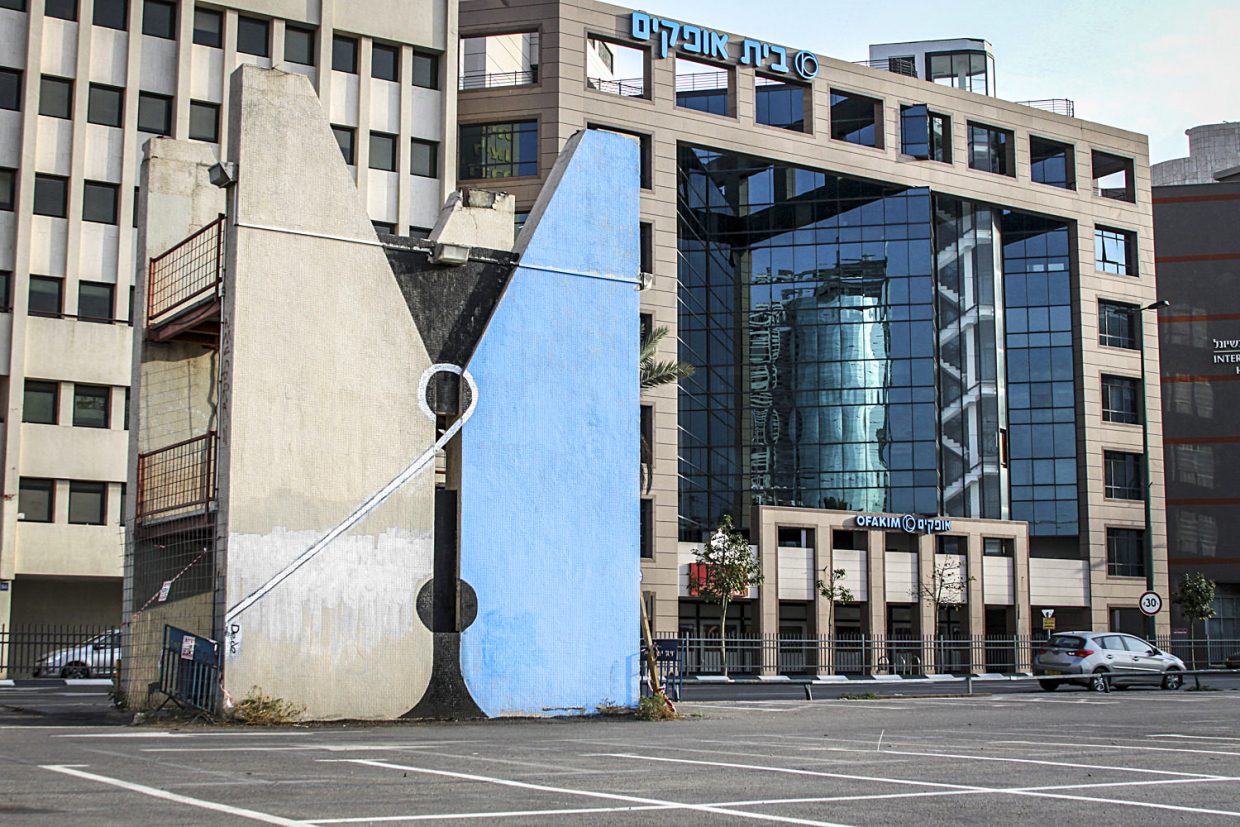 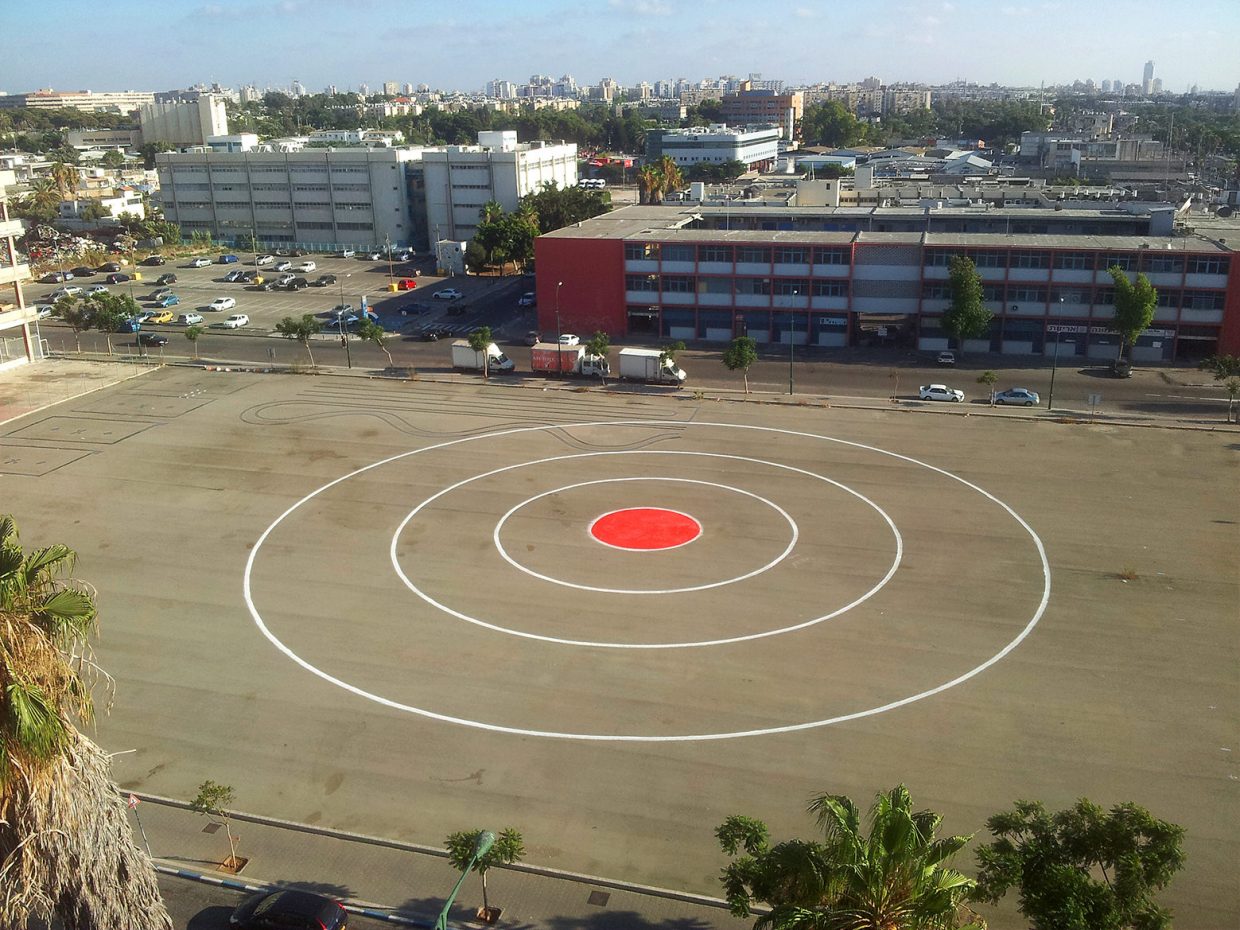 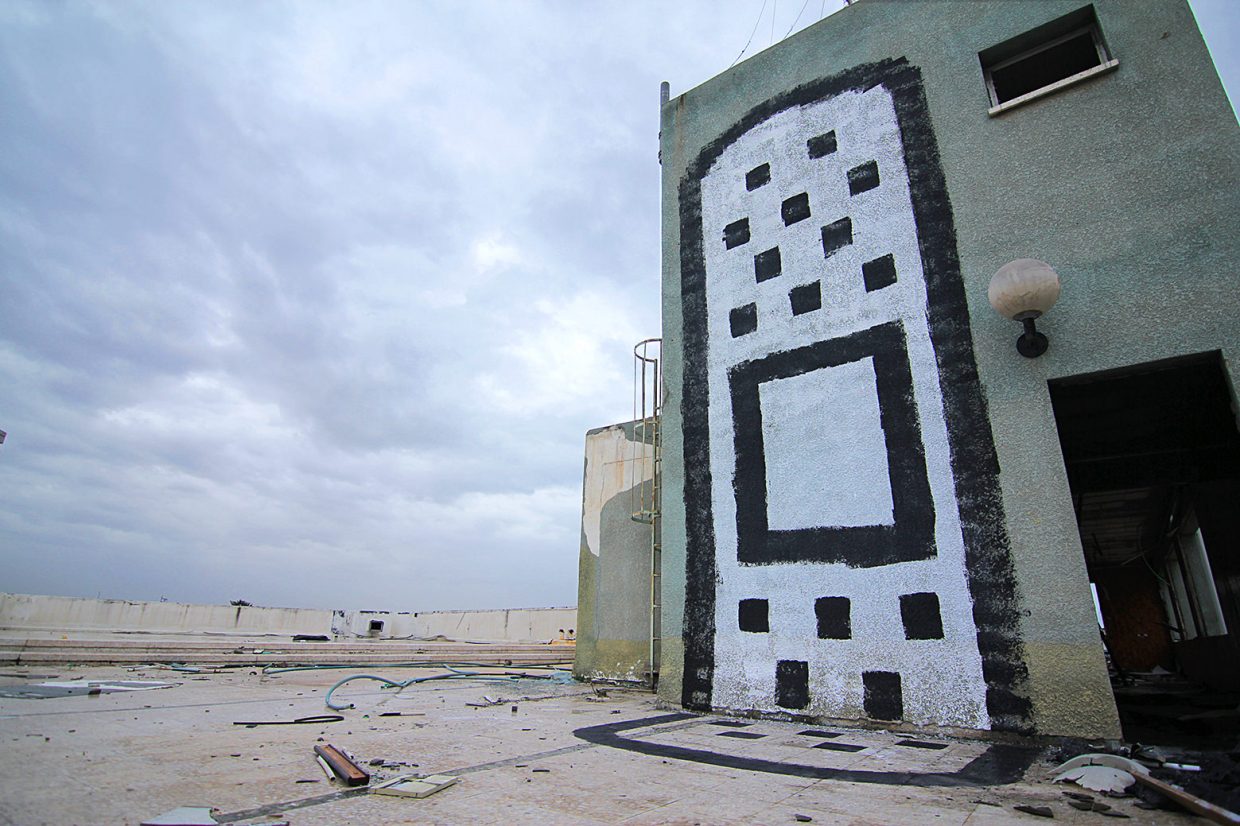 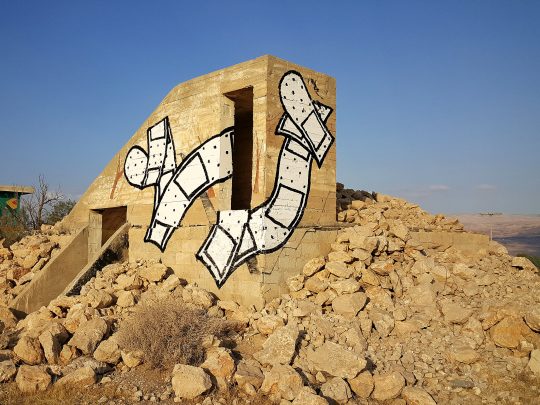 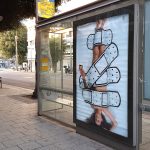 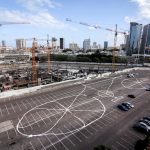 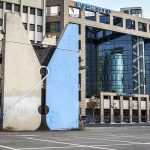 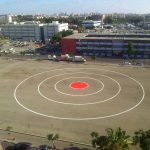 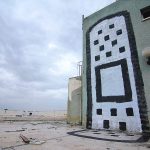 Dede is a Tel-Aviv based, urban narrative artist, who utilizes various mediums to communicate within the public arena. He started creating his works after finishing his military service, and continued to develop and elaborate them while completing his undergraduate studies at Bezalel Academy of Art and Design. Nowadays his works can be viewed at galleries, exhibition spaces, various art events and in the streets of art capitals around the world, such as London, New York, Berlin and Tel-Aviv.

Dede’s inspiration stems from the urban landscape, and from the social and the personal questions it evokes. As he gathers stories and structures hidden within the ever-changing city streets, Dede examines and questions the man-made lifestyle people create for themselves, and reflects on absurd, paradoxical human existence. While visiting new places, a tension between Home and Away often rises and influences both his studio and outdoor pieces.

Outdoor locations and found objects often serve as a point of departure for the pieces he creates. The techniques he later applies, such as assemblage, collage, painting, photography and installation, are chosen based on their ability to highlight the original sources of inspiration and the stories they carry. This essence is usually elaborated due to Dede’s tendency to work in ongoing series that allow him to expand and deepen his messages. Wooden planks, newspapers and found cardboard, alongside man-made leftovers, constitute Dede’s pool of materials. These materials create tangible connections between his ideas and the setting in which he chooses to work.

Dede’s works are always site-specific, both in the theoretical and the practical aspects: they facilitate a solid relationship between the concept that generates them, the specific location where they appear, and the materials and methods used to create them.

Dede is motivated by the deep need to leave something after him, by the need to be meaningful and to gain meaning: his art is, for all intents and purposes, a statement of Existence.