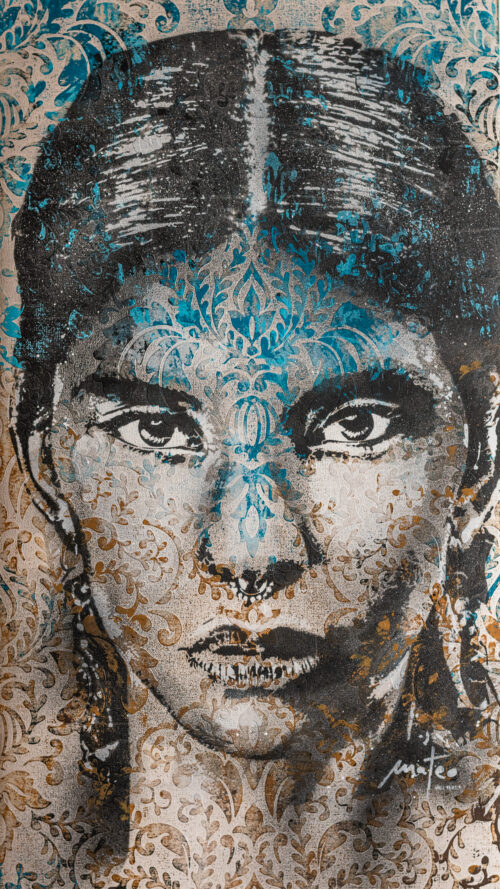 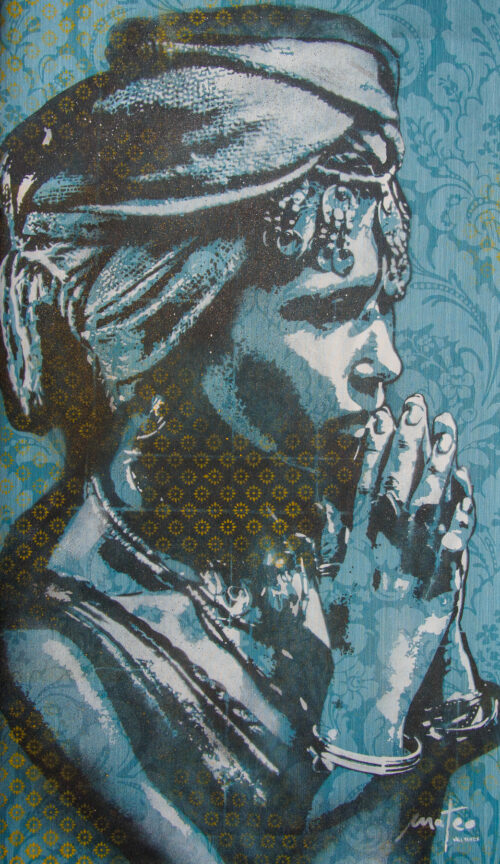 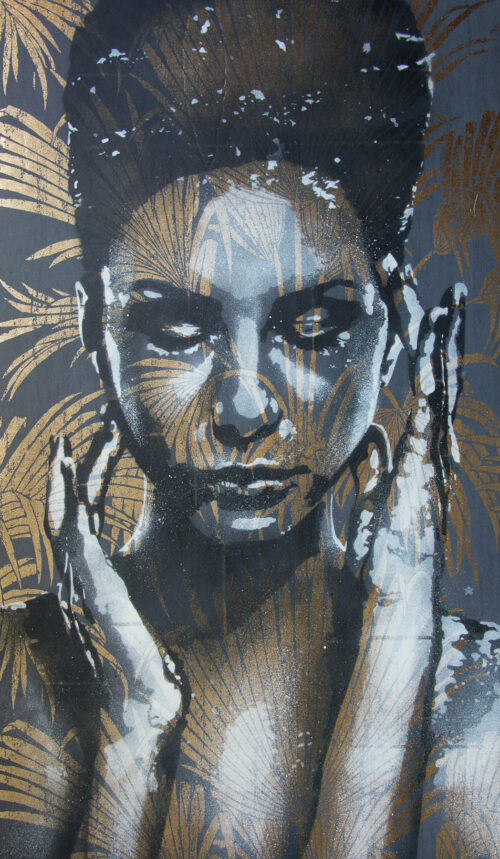 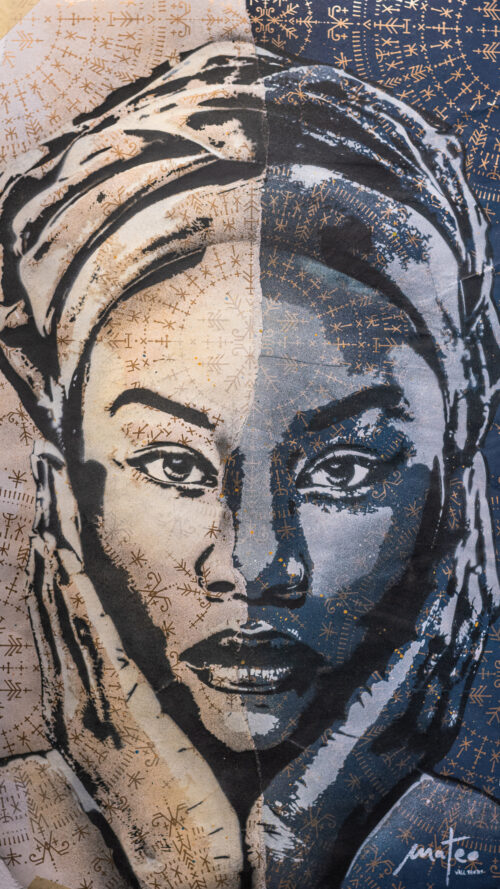 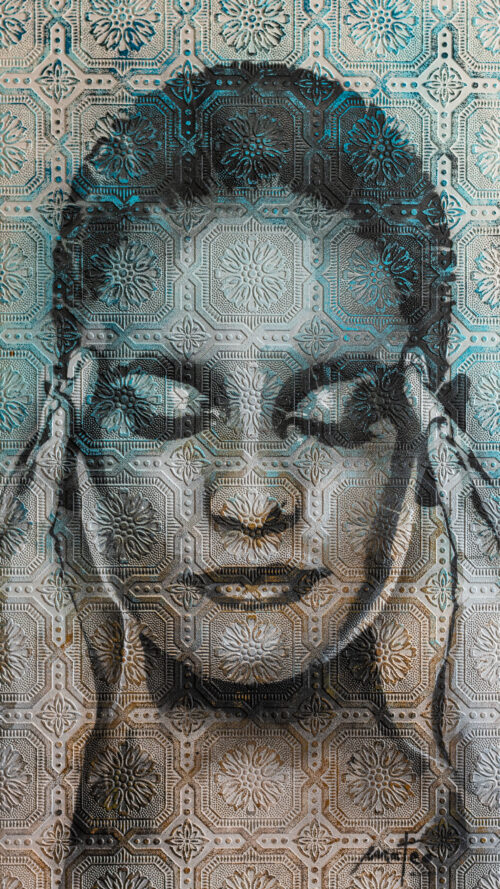 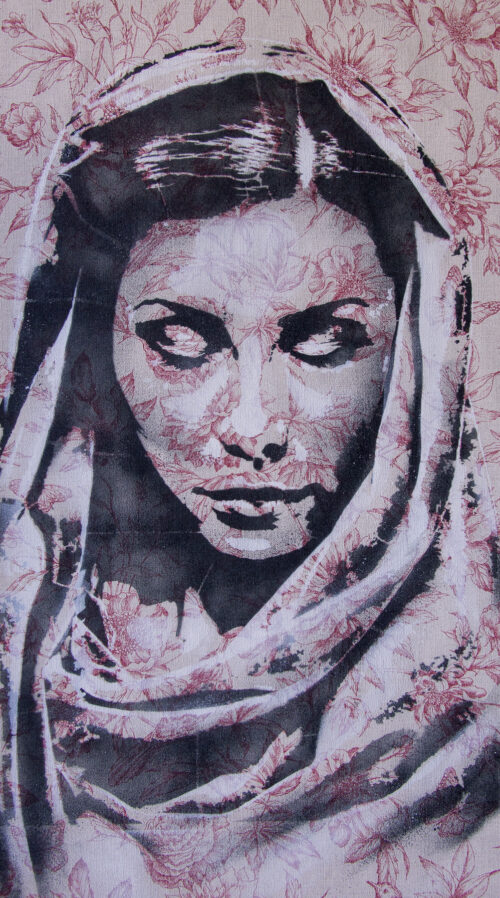 Born in France in 1985, Mateo is a french artist based in Montreal. He is best known for his baroque street art inspired by ornaments from around the world, as well as for his striking oriental carpet paintings, resulting in a mix of urban art with the heritage of ancient cultures. The art of Mateo is at the frontier of Urban art & Ancient cultures. Questioning the perception of traditional craft in our contemporary societies. His signature painted rugs feature striking feminine features adorned with ancient patterns, forcing us to question our cultural identity and universal consciousness in an unrelenting system that pushes for uniformity in contemporary mass culture. After 15 years of painting in the streets around the world, Mateo has studied and used the art of ornamentation in most of his works. From walls to tapestry and rugs, the patterns create a cohesive bridge between her outdoor and indoor practice.
More about Mateo