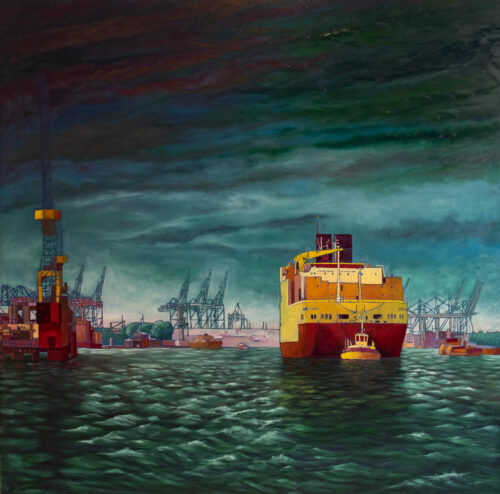 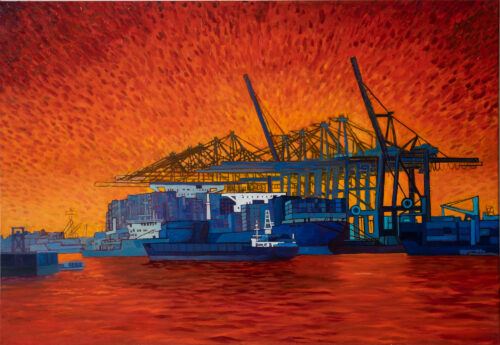 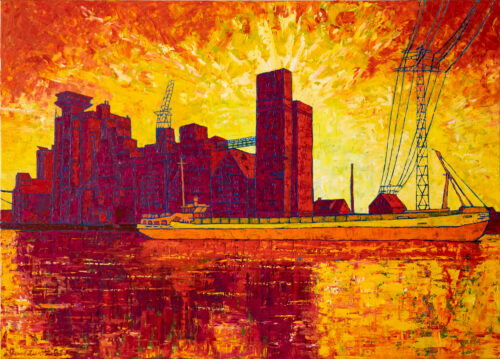 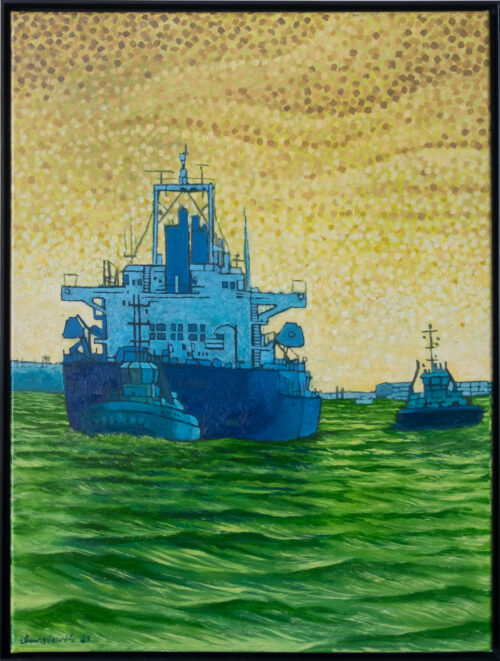 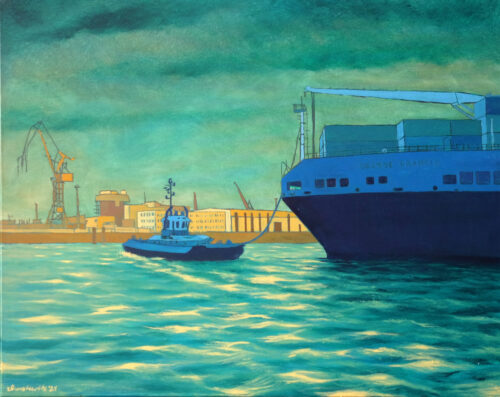 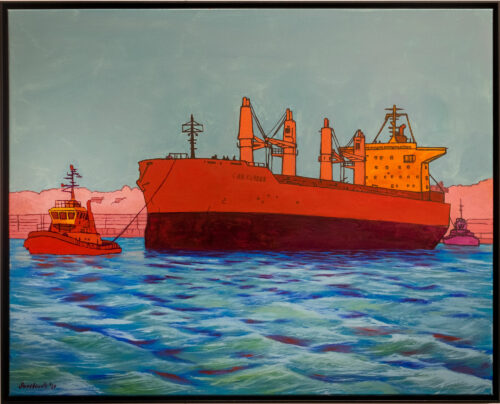 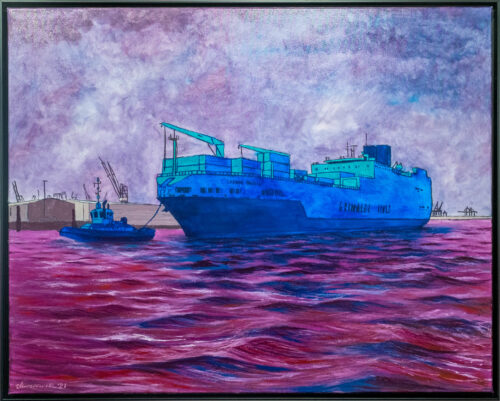 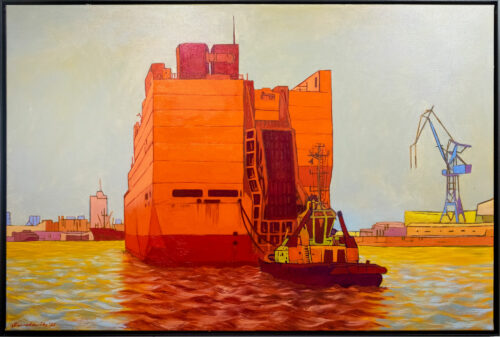 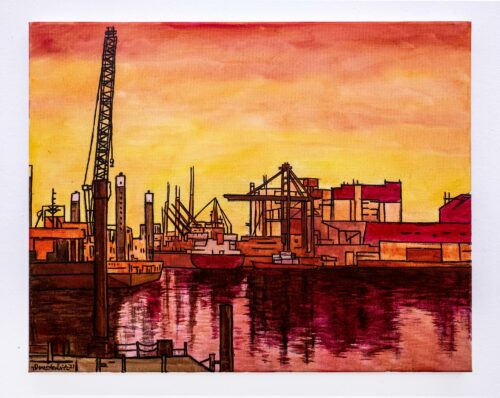 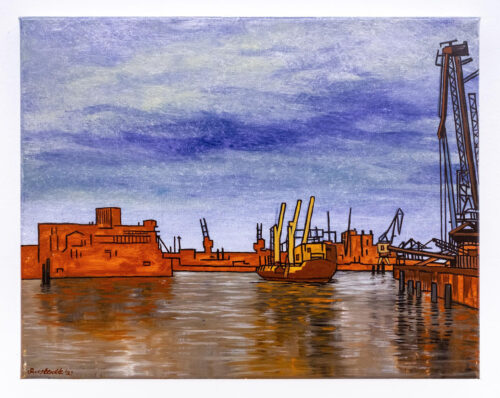 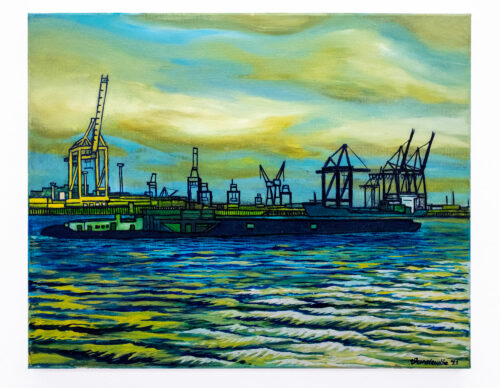 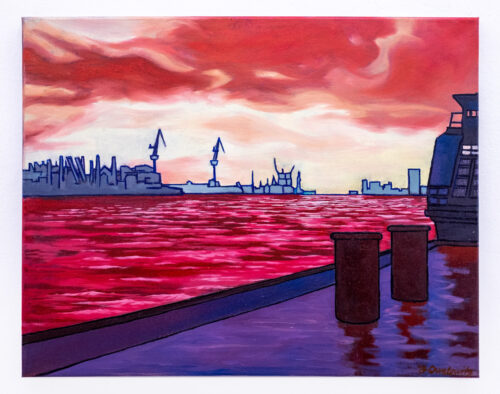 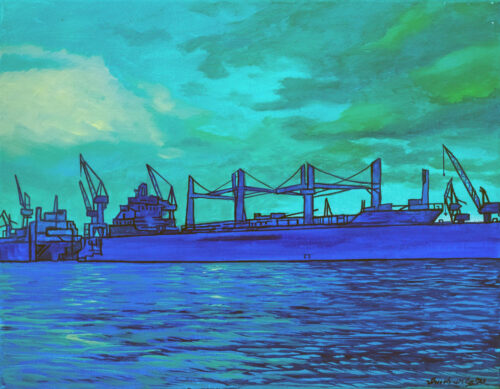 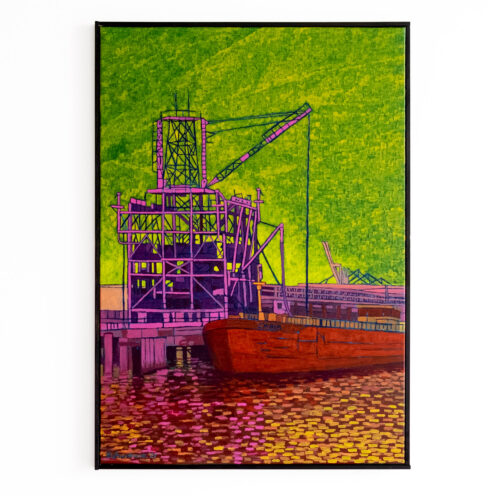 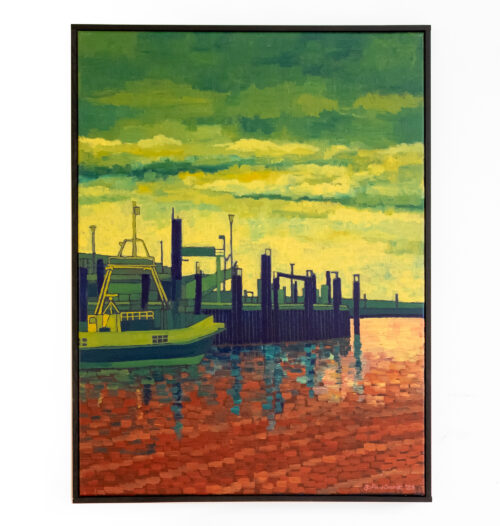 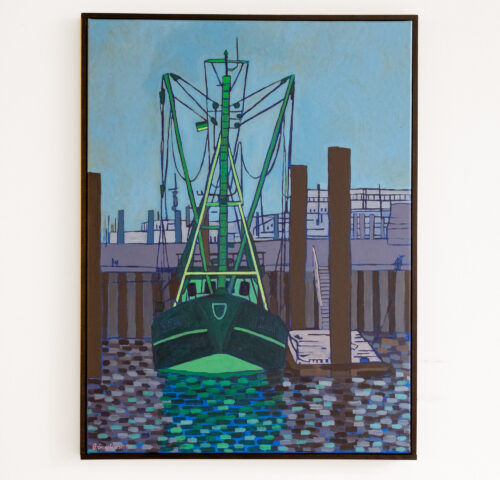 If we immerse ourselves in Durstewitz's pictures, we find ourselves in industrialized transit locations such as the port of Hamburg. Reflecting water, distance and silence motivate us to contemplatively observe the circumstances. Durstewitz states: "I absorb and abstract what I see in suppressed nature".   In doing so, he alludes to industrialization, which in fact triggered a transformation of the social, economic and political fabric and continually represses nature. The industrial landscapes in his paintings reflect this symbolically but by no means in a moralizing way. The black-and-white photographs of his father, who worked at a shipyard, serve as a model. In addition, the artist also searches for motifs himself at the harbor, "preferably in old, somewhat run-down corners," says Durstewitz. As a silent observer, he is interested in filtering basic architectural forms in his pictures. Ships, cranes, and bridges as a form.   Jakobus Durstewitz was born in 1969 in Emden and has lived in Hamburg since the 1990s, where he influenced the musical scene of the "Hamburger Schule", at that time still known as Jakobus Siebels. In this environment he founded the band JaKönigJa together with his wife Ebba Durstewitz in 1994 and later founded the electro duo "Die Vögel" (The Birds) alongside Mense Reents. From the very beginning Durstewitz, then together with Daniel Richter, has been responsible for the artistic direction of the Dockville Festival and initiated the construction of the art city MS Artville, which is adjacent to the festival. Today Durstewitz lives in the Lüneburger Heide.
More about Jakobus Durstewitz