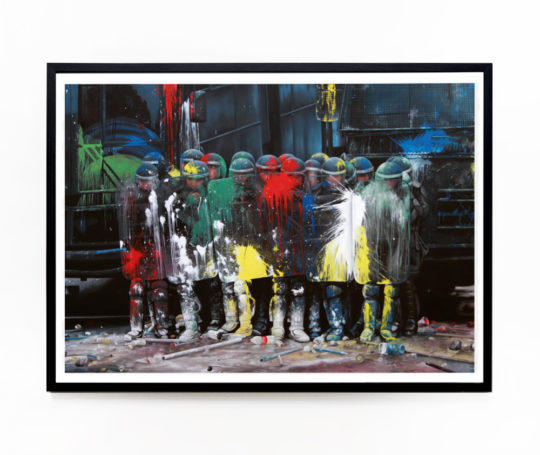 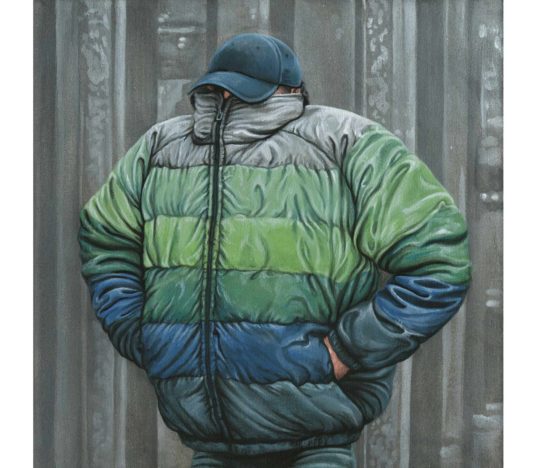 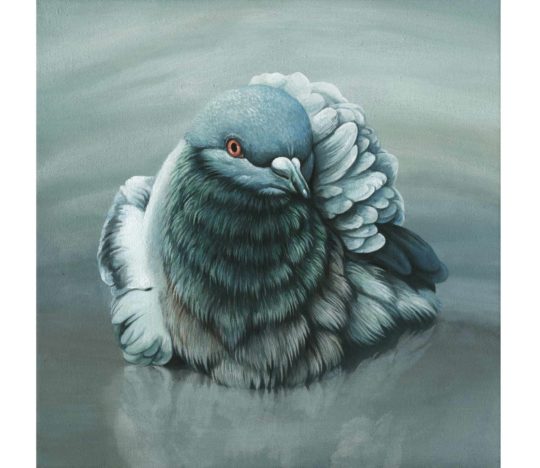 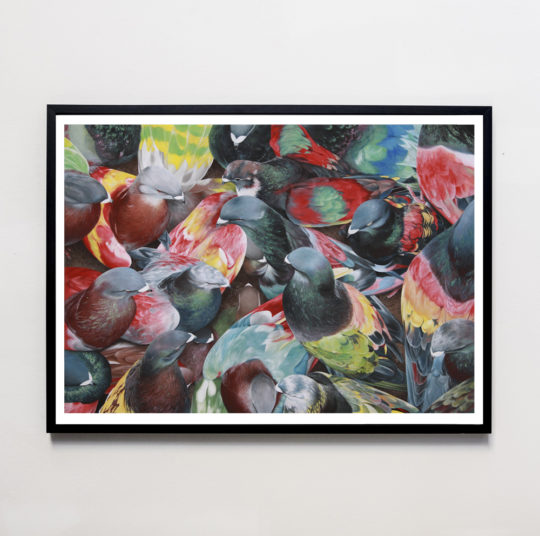 Can a system be modified without violence? To what extent can public space be used as a place of discourse? The urban space surrounding us contains a mass of changing signs and socio-cultural codes. Coco Bergholm makes use of camouflage, which she uses in her works as a kind of cloak to sharpen the eye for inconsistencies and self-contradictions in our social patterns. What facets of camouflage and privacy does the public - meaning open - space offer? What potential for exchange, communication and opinion-forming does it hold? Bergholm's starting point is the fold. Partly in painting and photography, partly in the form of actual clothing, she brings surfaces thrown into folds into the picture. In Bergholm's artistic approach, however, the fold appears anything but simple, for in its visual presence it refers to fundamental orders of reference: a fold always presupposes a minimum of force, which changes the previously smooth fabric in its form. Due to the flexible nature of the fibres, one fold usually evokes another. This reciprocal dependence of the conditions of action can be further developed metaphorically in the spheres of language and signs, which Bergholm consciously incorporates into her exhibition in the form of quotations and slogans. Each word and each gesture in turn conditions another. A thesis or a posture adopted is triggered by a certain stimulus and in turn generates new impulses. Bergholm receives and tests this kind of mutually animating associative bridges both in her artistic practice and in her conceptual exhibition arrangement. Similar to the Three Skins concept', according to which man is surrounded by three layers - organic skin, clothing and building walls - Bergholm understands public urban space as a kind of interwoven surface. Starting out from a concrete materiality, urban characteristics such as graffiti, posters, lettering, etc. can be interpreted as a kind of alteration of the original form, as folds or echoing echoes. Each one of us participates directly, not only as an acting, speaking individual, but also with the visual expressions of our own surface: with tattooed, make-up skin, with our clothing, with the design of our (living) space.
More about Coco Bergholm