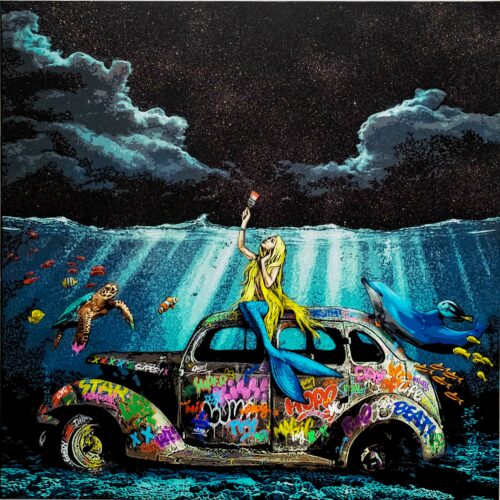 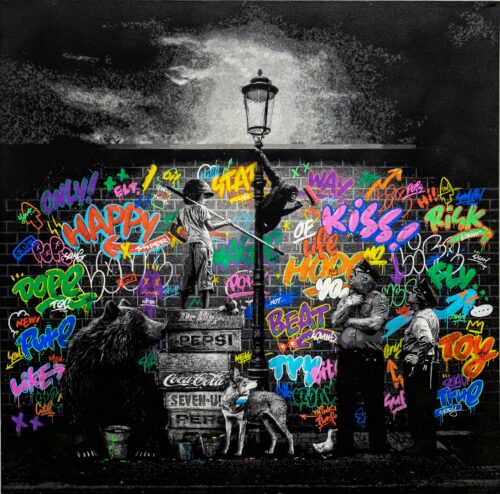 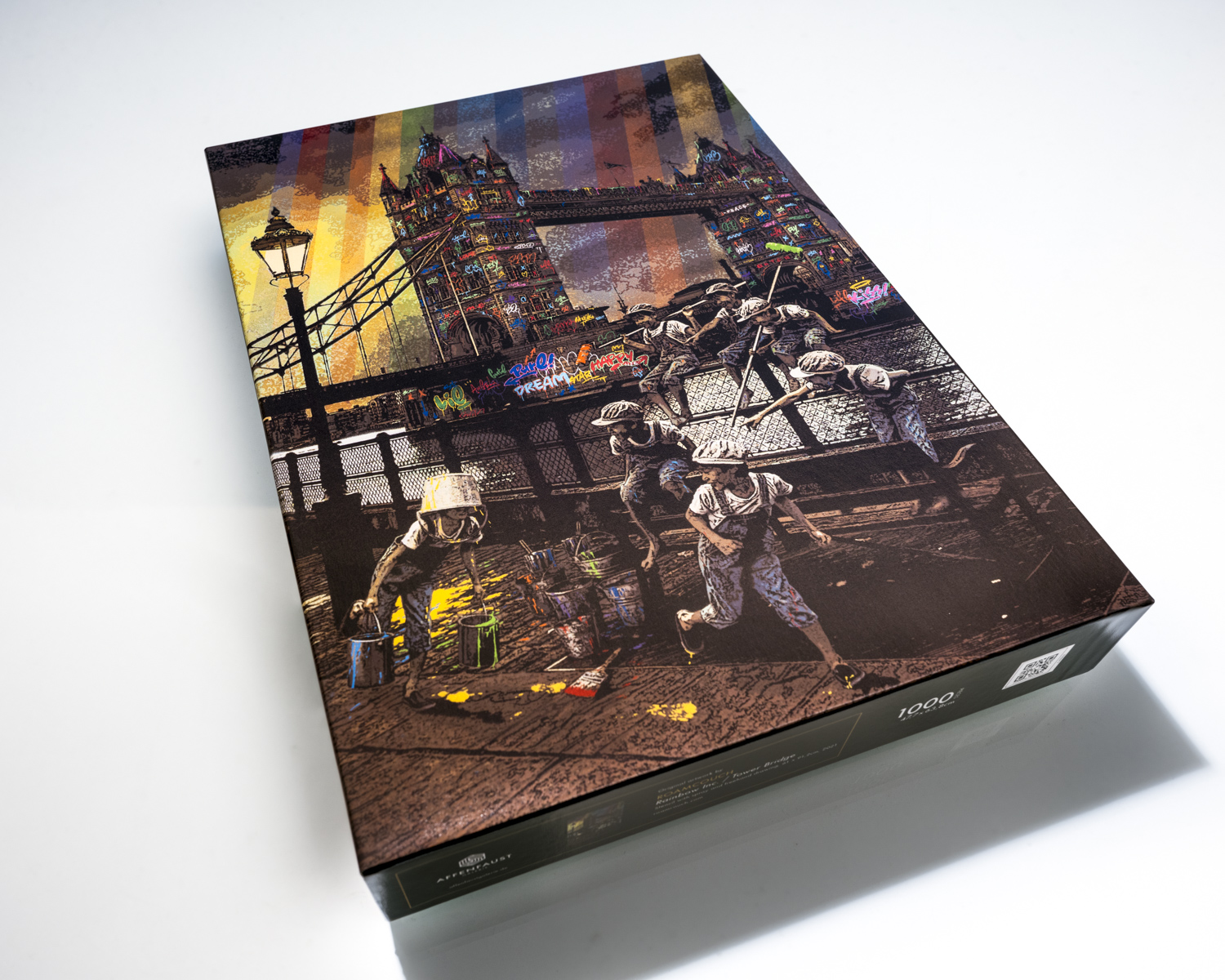 Ryo Ogawa, better known as RoamCouch was born in Gifu, Japan in 1976. He is a street artist. He began to draw in his childhood, influenced by Japanese comics, and started working as a designer at the age of 18. Afterwards, he was diagnosed with a serious illness, which made him rethink his life and career and he subsequently made up his mind to become an artist. In 2011, now dubbed “RoamCouch”, he began his transition into a full-time artist. He produces his exquisite and romantic works of art by using over fifty different layers of hand cut stencil, and has been showcased at solo and group exhibitions both within and outside Japan. His detailed and rich stencil paintings redefined the stereotypical image of stencil art. In 2014, he opened his first solo show titled “A Beautiful Life” in New York and achieved an amazing feat of selling out the entire collection. RoamCouch started a project named “Emotional Bridge Project” in 2014 and has painted murals voluntarily to revitalize his hometown. His aim is to attract art fans to his hometown by publicly exhibiting his works of art. Calling his new style “Neo Ukiyo-e”, RoamCouch works on art pieces to clearly indicate Ukiyo-e of modern times by blending stencil art with Japanese handmade paper “Mino washi”.
More about Roamcouch