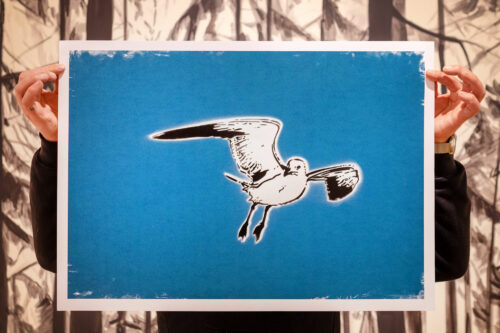 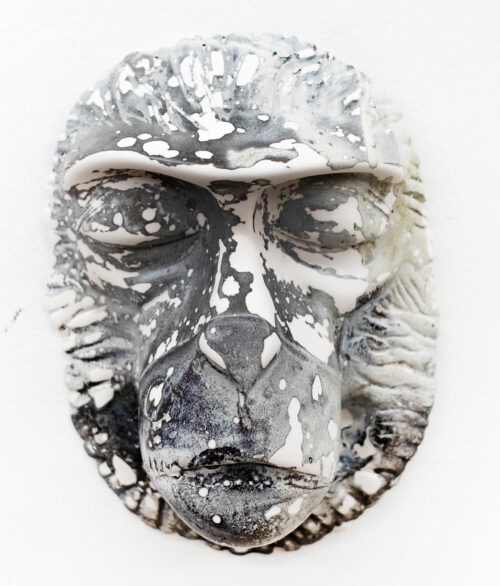 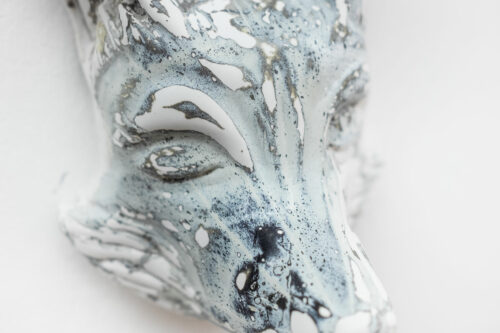 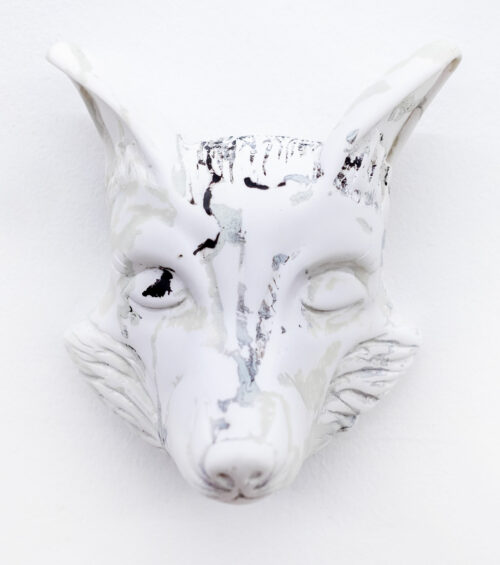 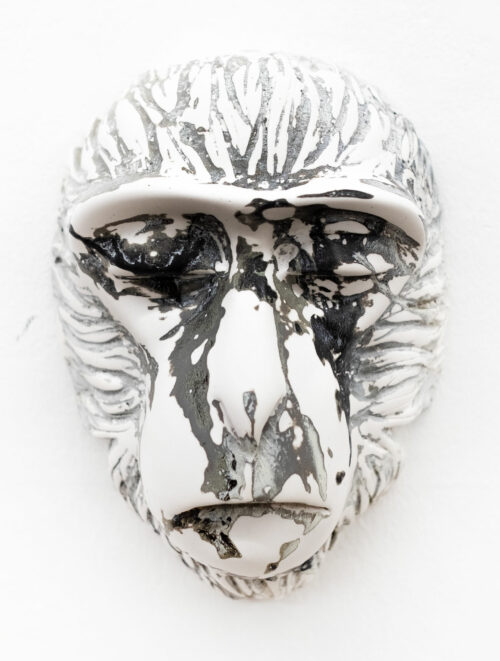 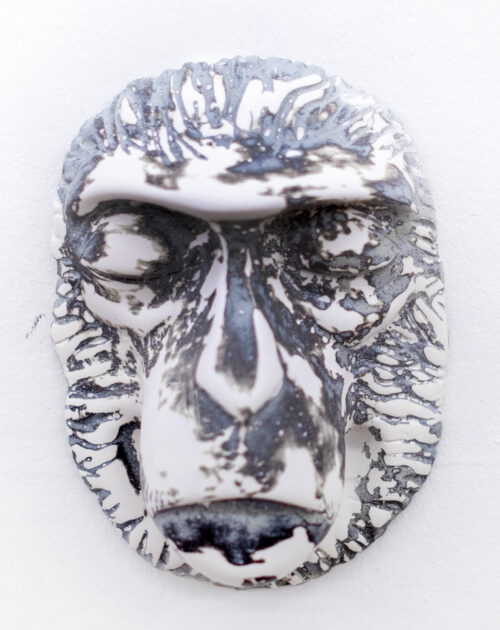 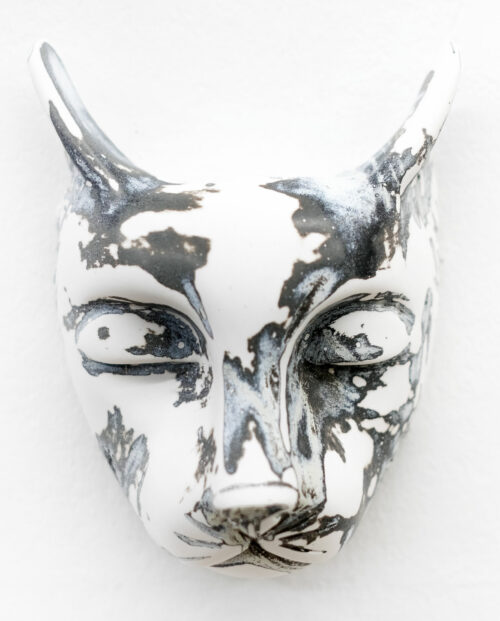 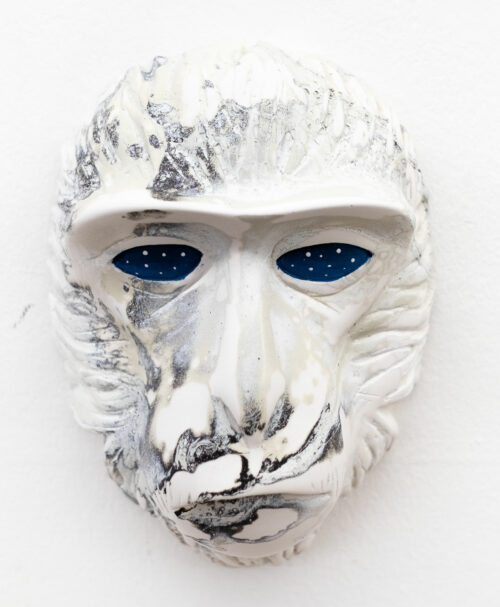 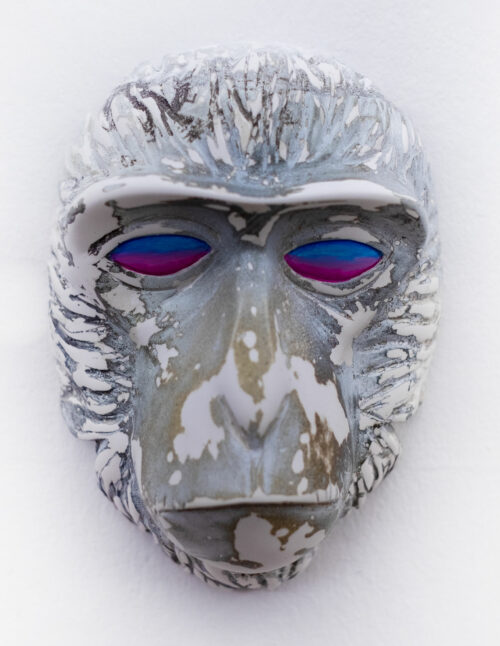 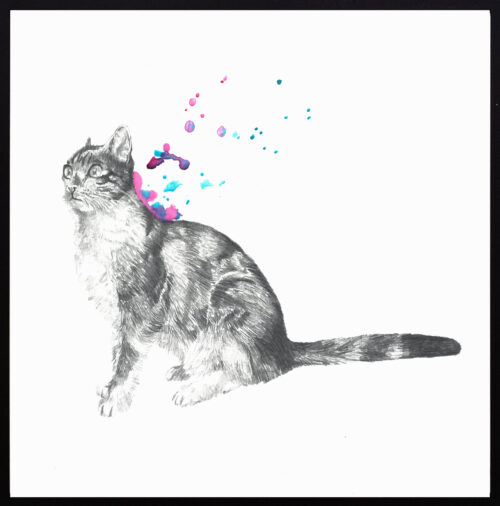 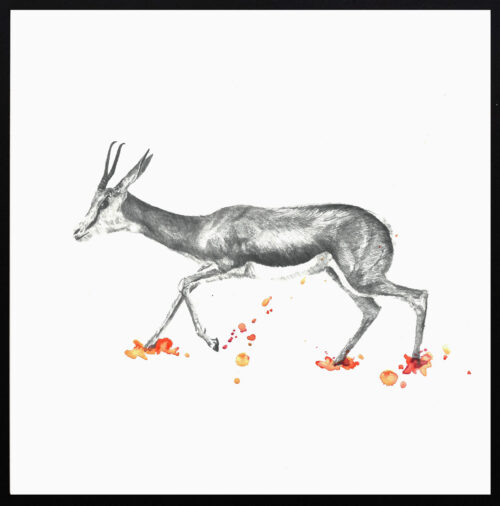 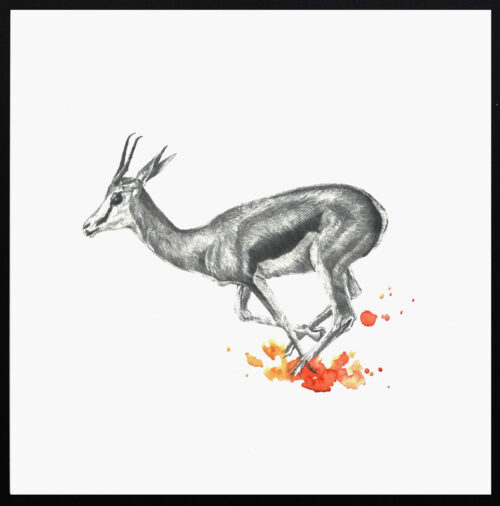 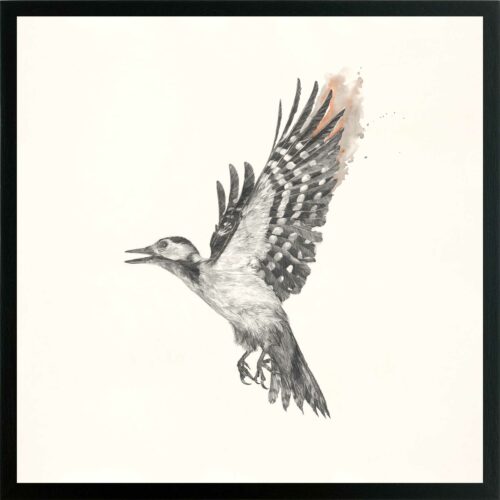 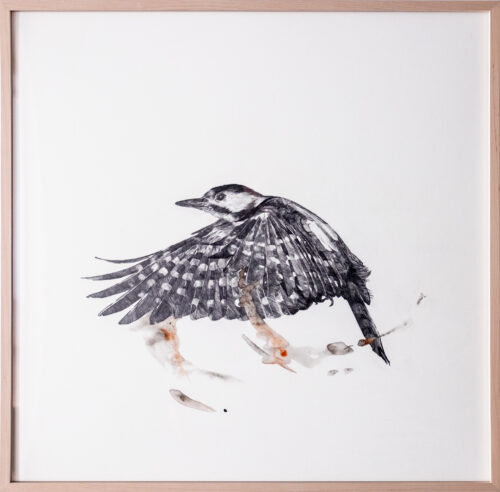 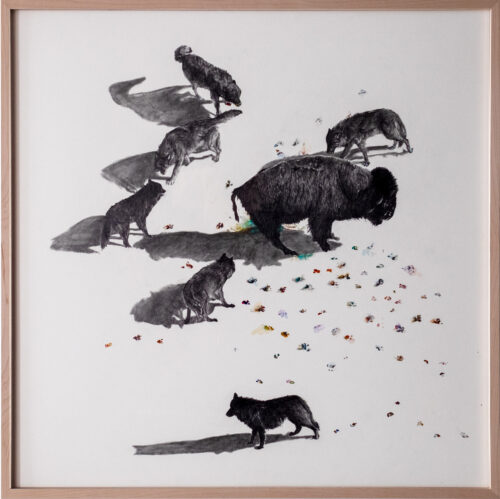 With his curiosity, Björn Holzweg perceives the path of wild animals in unknown landscapes. Discovered there, he brings the stories of freedom fighters and revolutionaries back to light. In this way, he turns his gaze to past and present events that lie off the beaten track and far from everyday life. For him, it's not about conveying a particular message - which lesson you learn is up to you. The artist was born in Leipzig in 1979, and has lived and worked in Hamburg since 2004. His art is shaped and formed in paintings, drawings, sculptures and watercolors. The protagonists of his works are mostly wild animals or more likely: forest animals. In drawings he shows them powerfully and dynamically hunting. One sees the hunter - whether bear, wolf or tiger - as a precise and lifelike pencil drawing. The prey, on the other hand, appears as an undefined atmospheric play of colors without definition. In his sculptural works made of modeling material, the animals are depicted in a heroic manner. They are freedom fighters with whom the artist practices rebellion. Björn Holzweg remembers with them the stories of revolutions and resistance struggles, but at the same time turns his gaze to the current fate of these animals. Ingeniously and formally he puts together these different spheres of meaning: He composes the surface of the sculptures with a complex network of precise triangles. Geometric shapes are for the artist a symbol of our society: calculating, repetitive and eternal. Thus, he sheds light on the influence of these shapes on the way of life of animals. And even if they live far away in wild forests, their habitats are intensely influenced by the structures of human society. Björn Holzweg's works are therefore reminiscent of an often forgotten, but in reality coexisting world that lies far from the urban habitat.
More about Björn Holzweg 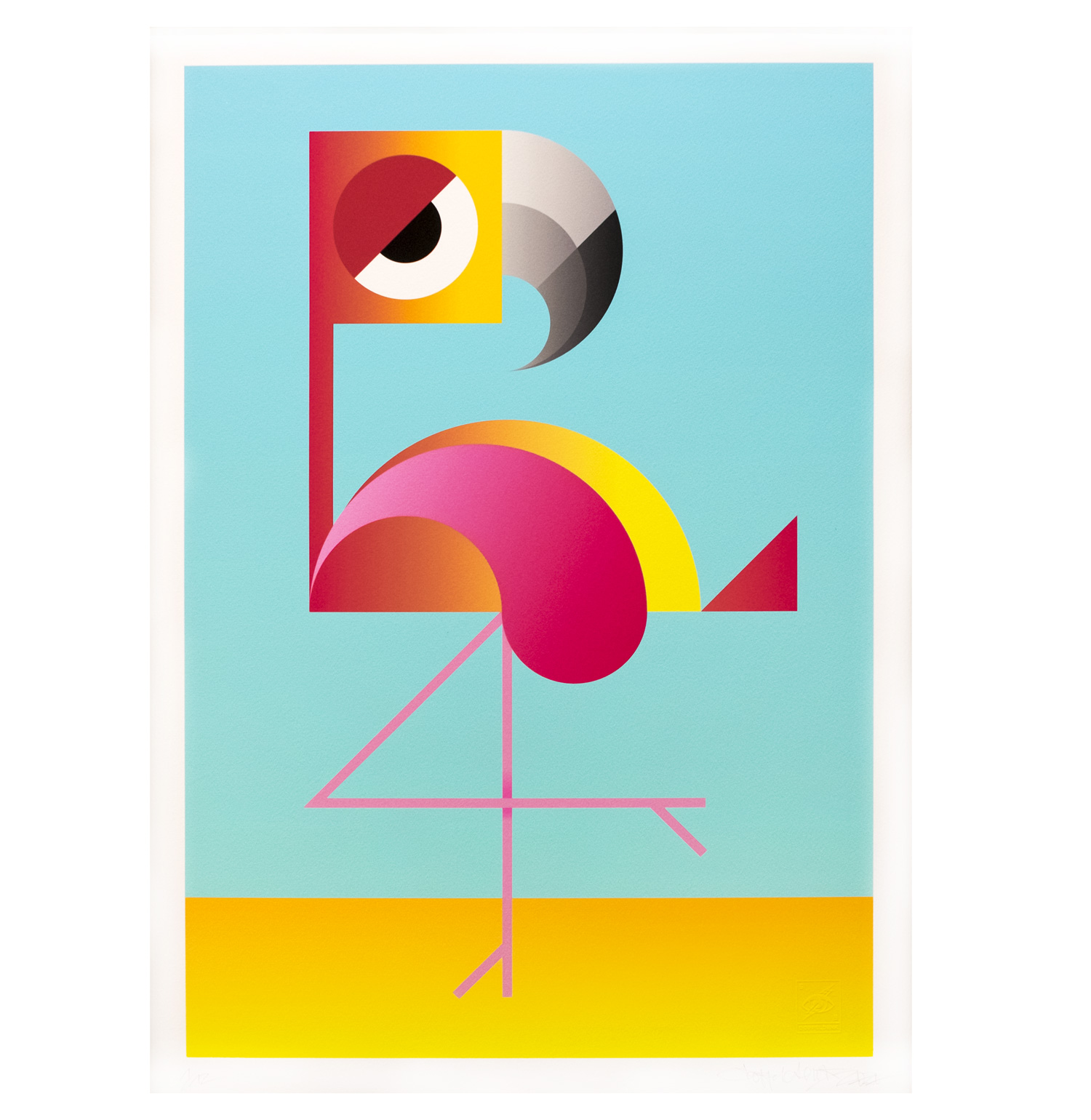 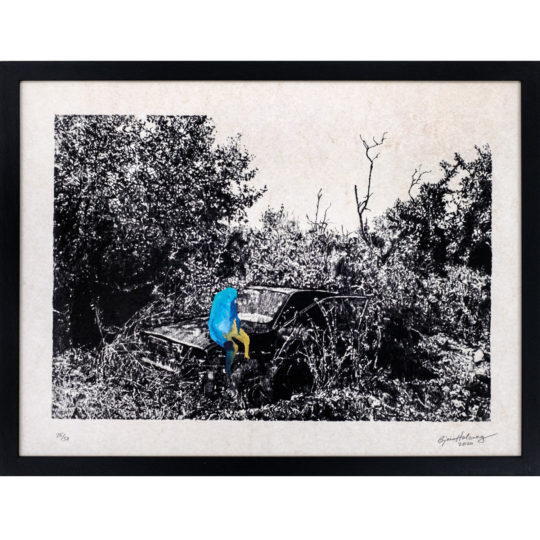 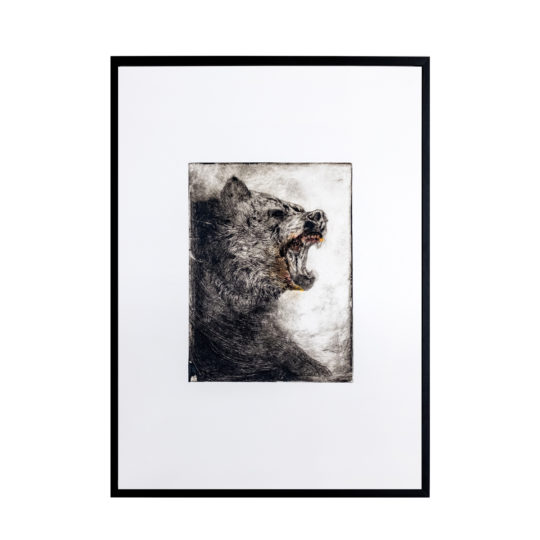 Björn Holzweg
Anger is a gift
Sold out