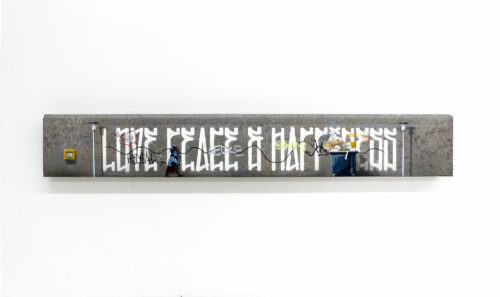 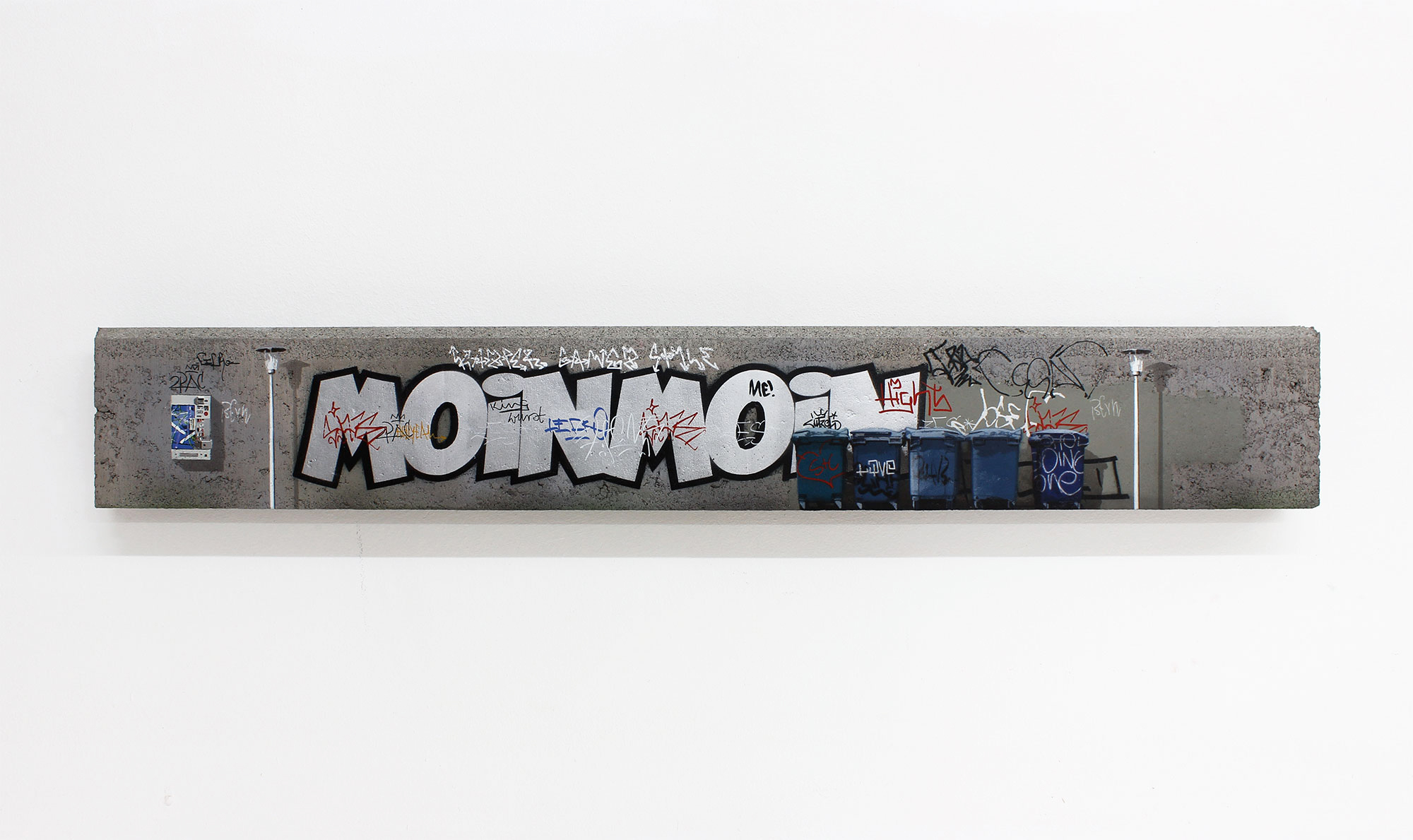 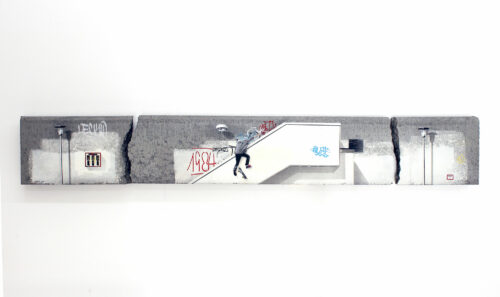 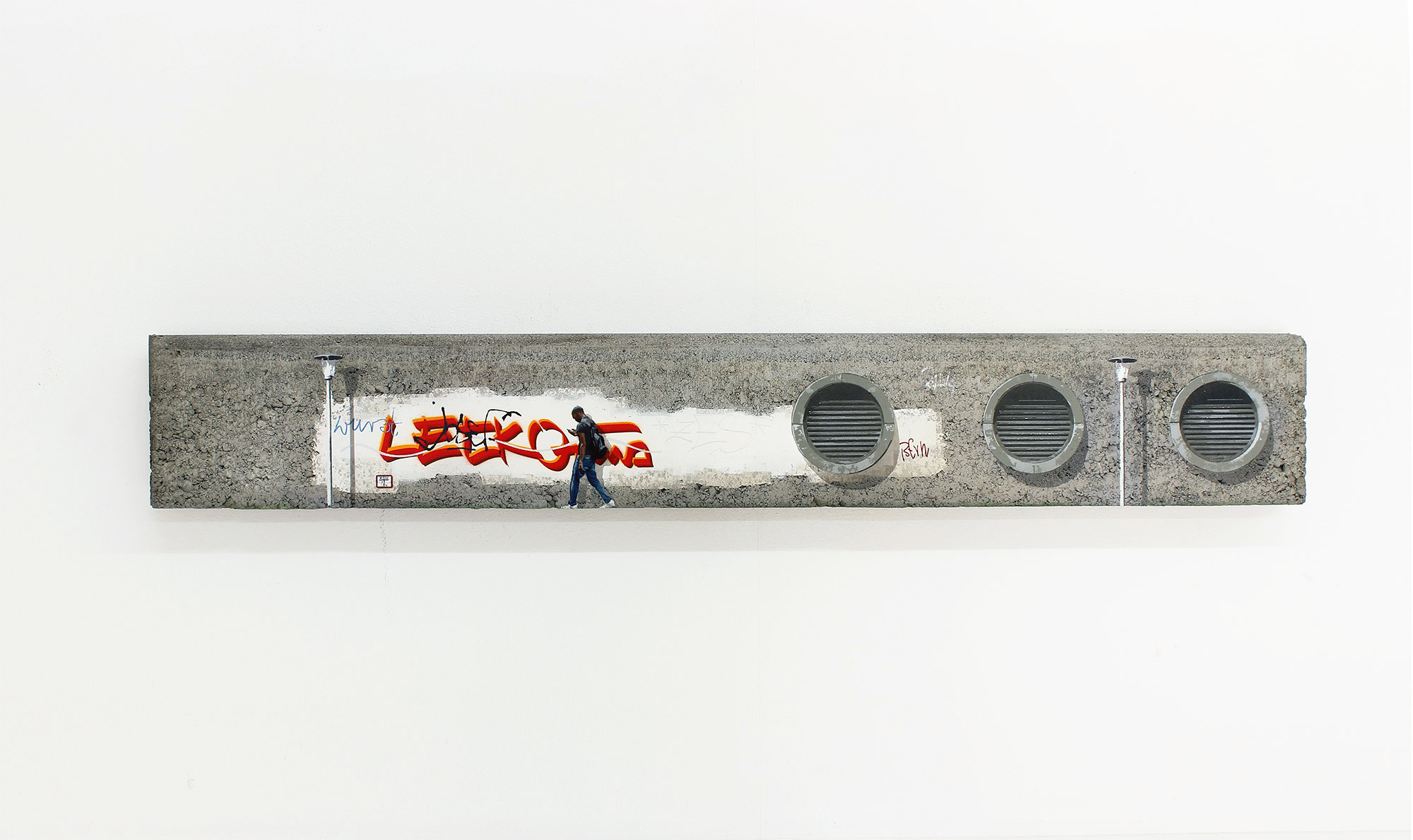 Stefan Winterle was born in 1976 in Lörrach. The beginnings of his art lie in the graffiti movement of the 90s. Since 2002 he has been working with the technique of cutting and painting stencils. After studying business administration and working in middle management, Stefan Winterle decided to leave this path in 2005 to live with and from his art. Since then his artworks have been shown in Europe, the USA, Australia, Asia and the Middle East. Stefan Winterle was also awarded the Markgräfler Kunstpreis in 2011 and took over the artistic direction of Colab Gallery in the same year. Winterle's thematic world is as diverse as his interests. These can be inspired by political events as well as by a walk with the dog. The time-consuming production of the stencils for his photorealistic motifs and, more often than not, the painting of the artworks takes place in his studio in Weil am Rhein. Winterle shows works of imaginary street scenes and images, some of which are painted on concrete elements such as curbs and paving stones.
More about Stefan Winterle