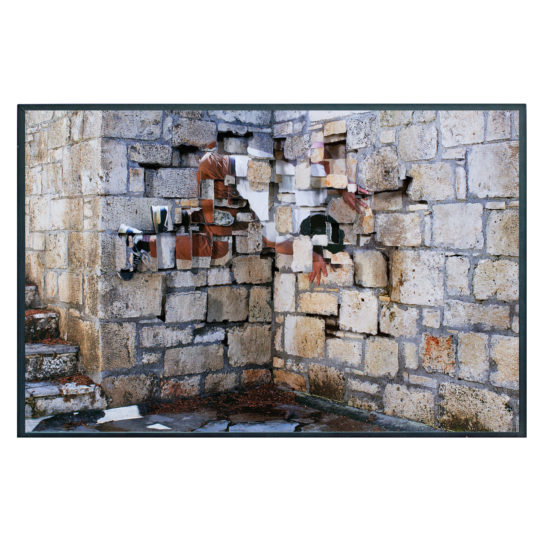 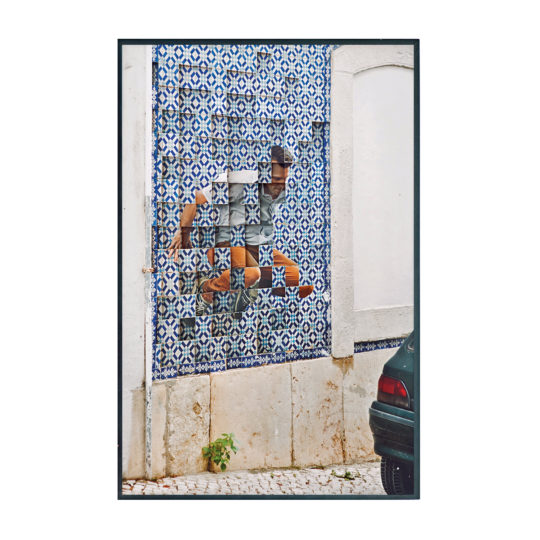 Michel Lamoller uses photography as a material to create multi-layered sculptures that are on the boarder between being an object and being an image. By alienating the orignial use of photography, Lamoller revisits representation mainly because in this manner he succeeds in revealing its capacity of expanding the boundaries of the image. And he does that by being playful, conceptual and at the same time bringing about a sense of surprise and bewilderment– going back to the basics of aesthetic experience. With his works, Lamoller creates (often site-specific) interventions into the exhibition space that go hand in hand with the imaginary act that is anticipated from the viewer. The boundaries of the image are stretched into different directions alluding to the aesthetic effect the viewer may experience from other media, like for example when encountering a sculpture, or even when engaged in a piece of moving image. Lamoller experiments with the media, tries to find new possibilites but yet clearly refers to the tradition of photography to document reality – just that his unique artistic process does not end up an image of reality but in objects that reenter the with the haptical world of things. (parts of this text where taken from Alexandra Athanasidou's text on Michel Lamoller's work)
Mehr über Michel Lamoller
Language Switch
DE | EN